How to Make a French Vanilla Cappuccino 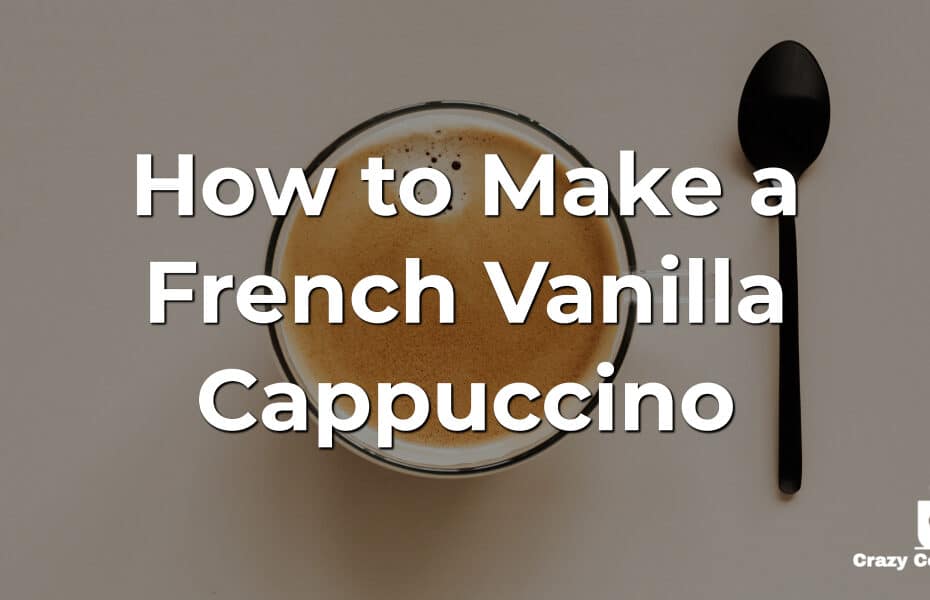 So the baristas at the coffee shops make it look easy, but just how is a French vanilla cappuccino made, anyway? Ever wanted to find out? Here’s everything you need to know about making coffeehouse-style cappuccinos at home.

Here are the steps to making a 12-ounce French vanilla cappuccino.

Standard cappuccinos use 2% milk at most coffeehouses, but any milk will work for a cappuccino. The thicker the milk, the easier it is to create great foam or froth, vital to the perfect cappuccino. The use of skim milk makes a skinny cappuccino, and the use of half-and-half makes a breve cappuccino.

Pour about 10 ounces of milk into a stainless steel steaming pitcher with a food thermometer, and place the steaming wand tip at the surface of the milk. Turn the dial counterclockwise to begin heating the milk. Raise the steaming wand tip just above the surface of the milk to create froth. A light hissing sound is a key to making the perfect froth, which should have the consistency of shaving cream.

For a cappuccino, a lot of foam is necessary; about one-third of the drink is froth, creating froth through the entire heating process. Turn the steamer off once the milk has reached 150-160 degrees. This will allow the milk some room to rise to 170 degrees or drop to 140 degrees, both acceptable temperatures for a cappuccino. Be sure to immediately wipe the steaming wand with a clean, damp cloth after steaming milk.

About one to two ounces of French vanilla flavoring should be added to a 12-ounce drink. Many coffeehouses use Torani brand flavors, which are available at most specialty food stores in a smaller size. If you don’t have French vanilla syrup, you can easily make it by adding a little hazelnut syrup to the vanilla syrup.

Allow the milk and froth to separate in the pitcher for about a minute. Before pulling the espresso shots, pour steamed milk into the mug or cup with the French vanilla flavoring until it is almost halfway full, using a spoon to hold back the froth. Next, gently spoon froth on the milk, saving about one to two inches of space for the shots. Stir well.

Grind the espresso beans just before pulling the shots for the best flavor. Load the fresh grinds into the portafilter handle, and tamp level before inserting them into the espresso machine. Be sure to pull shots between 16 and 26, preferably between 18 and 23.

Immediately after pulling satisfactory shot(s), pour two into the cup filled with steamed milk to save them. For less coffee taste, use only one shot, and if an extra shot is desired, use three. The espresso has a 10-second window before it begins losing flavor and increasing in bitterness.

After pouring the espresso into the mug or cup, stir once more. Enjoy the homemade French vanilla cappuccino at home!

Remember that pulling espresso shots can be difficult, especially when under pressure to do so quickly. Be sure to pull test shots before beginning any drink to know the tamping level that should be used.

Be sure not to burn the milk; milk burns at 180 degrees, so milk should not be steamed past 170 degrees because the temperature rises a few degrees after steaming. Also, be careful not to burn yourself while steaming the milk or pulling the espresso shots.