Do Coffee Grounds Remove Odors? Why and How to Use It 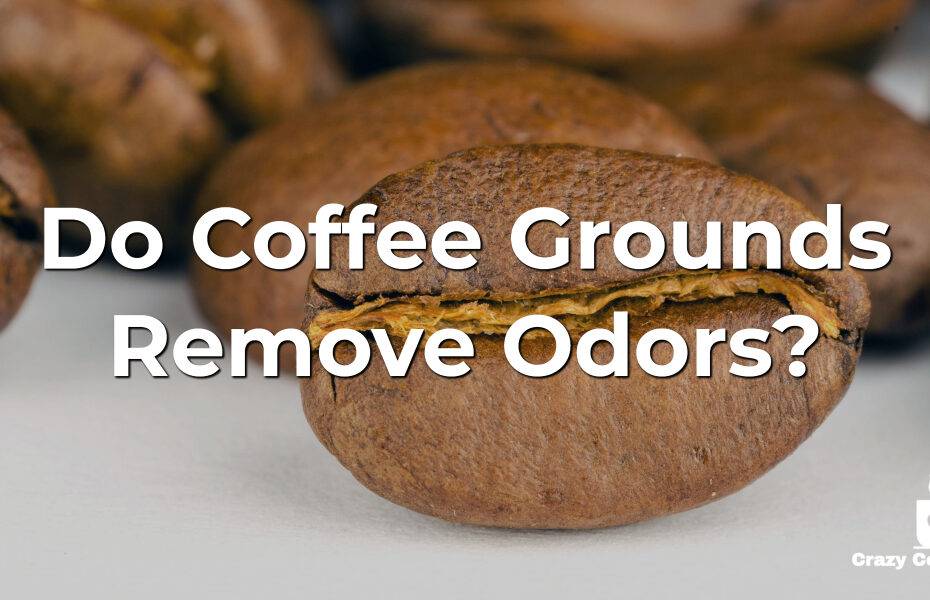 When we get a hint of a bad smell that leaves our nose hair stinging, we all know the feeling, or the drop in our stomach. We might be quick to grab a candle or use a spray that only hides the odor, rather than removing it. Under the fragrance of lavender or pumpkin (or whatever candle you have), the horrible smell still lies in wake only waiting at any moment to breakthrough.

The good news is, you no longer have to worry about simply masking the smell. You can easily remove bad odor. Apart from being one of the best drinks in the world after water, coffee grounds can also help eliminate those mischievous odors that cause us (mainly our nose) to reel.

From cigarette smoke to the vile smell of rotten eggs, coffee grounds have proven to be quite effective in ridding your home of those not-so-nice odors. It is powerful enough to neutralize the air and eradicate the stringent odors that can come from garbage cans or foods, due to the strong scent that coffee omits.

Used coffee grounds to eliminate odors, does it really work?

Have you ever heard that saying, strength in numbers? The same goes for using coffee grounds. In their efforts to get out a bad smell, some people place their coffee grounds on top of dryer sheets (double dose of fragrance).

Putting the coffee grounds on the dryer sheets overnight is recommended for soaking up the odor. The next morning, smell will be long gone and your house will be back to smell heavenly again.

Scientists have also found that it’s strong enough to fight off the scent of raw sewage while carbonizing coffee. In research to develop a novel, eco-friendly filter to remove toxic gases from the air, scientists at The City College of New York (CCNY) found that a material made from used coffee grounds can sop up hydrogen sulfide gas, the chemical that makes raw sewage stinky.

Coffee is enriched with caffeine, which contains nitrogen, too. The nitrogen element cranks up the ability of carbon to absorb sulfur, a scent which is often associated with being foul and unbreathable. It’s amazing to think that coffee is not just a beloved drink but one that can also be used to fight some of the worst odors on earth.

Why use perfectly good coffee?

You might wonder, why do you choose to use perfectly good coffee grounds when there are products to specifically combat bad odors? Like Baking Soda or charcoal?

For one thing, it’s much cheaper to use coffee than to buy a cleaning product. In this case, coffee has dual purposes: a repellent for drink and odor. Why go out and buy something, if you can just take coffee. It can save you money and the trouble of using a product which may not work as you would like it to.

The best part is that they will do any type of coffee grounds. From Folgers to Maxwell House, all of them should do the trick to remove leftover unpleasant odors. You may hate breaking into a bag of your Starbucks coffee to get rid of a smell, but leaving a bag open for odor absorption shouldn’t hurt the flavor of the coffee grounds unless you spread it over a dryer sheet. You can also use coffee ground from your fridge and microwave to neutralize bad odors.

How do you use coffee grounds as deodorizer?

Here are a few ways to use coffee grounds to remove odors:

Don’t like wasting coffee? After you drink your coffee DIY Air Freshener

Spread the wet coffee grounds on a baking sheet in a thin layer once you’ve got your morning cup of Joe, and place them in a 250 degree oven until dry. When done, you can store them in an open jar and place them in your home anywhere there may be unpleasant odors (kitchen cabinets, refrigerator, toilet, next to litter box). Let the grounds hang out and marvel at how much smell they consume!

Remove odors from your hands after cooking

Don’t you just hate it when you prepare something good to eat, but then your hands stink onions or garlic? Place some used coffee grounds in a sealed jar in your kitchen and simply brush over your hands when you’ve done cooking.

Coffee grounds are natural odor eliminators, and will soon get rid of odor. It acts as an exfoliant, leaving your hands feeling soft and smooth.

Remove odors in your refrigerator

I’m Korean, so the refrigerator smelled like fermented death. I was always embarrased to bring my non-Asian friends to my house because of this smell. Coffee grounds contain nitrogen, reducing heavy odors.

What you can do is place a bowl of used grounds in your refrigerator back to fight any food odors.
Note: When your coffee grounds are moist, food smells will be replaced with a coffee smell that can be very intense. The grounds will dry in the freezer, and the coffee scent will slowly disappear, leaving you with a fresh smelling refrigerator.

Freshen up your drainage

Their odor reducing qualities makes used coffee grounds an outstanding drain deodorizer. Simply use about a teaspoon and put it down the drain, then add some boiling water after.

Note: NEVER use your coffee grounds to unblock drains. If your drain is blocked and you throw some grounds into it, you’ll probably make things worse. It’s not recommended to do so more than once or twice a month to stop blocking the drains.

Remove odor in your car

Have you ever stopped at a fast-food restaurant, and the next day, the smell lingers in your car? As much as I love a good burger, I hate smelling it long after I have eaten it the next morning. Just place some open coffee grounds in a level spot within your vehicle before running to pick an air freshener for your car. The coffee will absorb the smell of your fries and burger, and replace it with a more neutralized smell, which is much more pleasant to those who enter your car.

If you go to a fragrance store you’ll notice that most of these stores have coffee beans next to the colognes and perfumes. It helps cleanse your palate so that you can try different fragrance samples and tell the difference between all of them.

Place them in a coffee filter using the dried coffee grounds which were placed in the oven. Then take a band of rubber and tie the top closed, so the coffee grounds don’t spill. Depending on the size of the pet stain, making several of those “coffee filter balloons” would be beneficial to cover the whole area. Then place the balloons in the coffee filter over the pet stain, let them sit overnight and work their magic! You can just throw them in the trash, or your compost pile, when you’re done.

Deodorize your carpet with coffee grounds

If the method above doesnt work, try this method. Homes with kids or pets will recognize a filthy carpet. When you are regular vacuuming but the smell persists, it may be time for a deeper cleaning.
Until splashing out on an expensive carpet cleaning unit, you should try the odor removing powerhouse spent coffee grounds.

Your carpet will now be odor-free, aside from a time-fading coffee scent. Like for other coffee cleaning processes, even if dried, do not use dark grounds on light colored carpets. Your carpet is too risky to stain, so it’s safer to use another form.

Coffee grounds are abrasive, so it’s naturally an excellent pot scrubber. Just place a few teaspoons of the grounds on the pan base and clean gently with a rag. The grounds agitate any burnt food and encourage removal.

The same applies to stubborn food trapped on plates and cups. However, careful not to scratch the paint.

You can make a natural pad with your leftover coffee grounds. Just put the grounds in your cloth center and grab all four corners. Now, tie the corners with a rubber band. Voila, you now have an easy-to-make home-made scrubber to make light work on food.

Get rid of your countertops by brushing them with used coffee grounds without using chemicals. Use the method above to cover your kitchen surfaces.

Note: If you have light-colored countertops, first check this method on a low, unseen area. Coffee grounds can stain any surface they touch. Check first, unless you like a brown stained work surface!
You should NOT do this on porous or absorbent products, unless you want coffee smelling!

Reminds of us a simpler time

Using coffee to help with odors is that it’s an old school method that really resonates with those who like a homemade recipe versus an item purchased in the store. It takes you back to how they used to do things; making it from scratch using household items of everyday use.

If you want to try other notable household items that have also proven to be instrumental in facing repellent odors, check the following items in your cabinets: vinegar, lemon juice, baking soda, and oats. All these items were highly spoken of when confronted with terrible lingering odors.

Most people are aware that coffee really works to remove those unpleasant smells from our homes. It’s inexpensive, easy to use and still can be used to brew your favorite beverage in the morning. Needless to say, coffee once again shocks me with its countless applications. “You’re a jack of all trades,” as the saying goes. Coffee certainly exonerates this phrase in showing that one object can be used for multiple useful purposes. Try adding a few grounds to the soil. You can compost any extra grounds. See what else you can do with leftover coffee