Why Do People Add Espresso with Lemon? 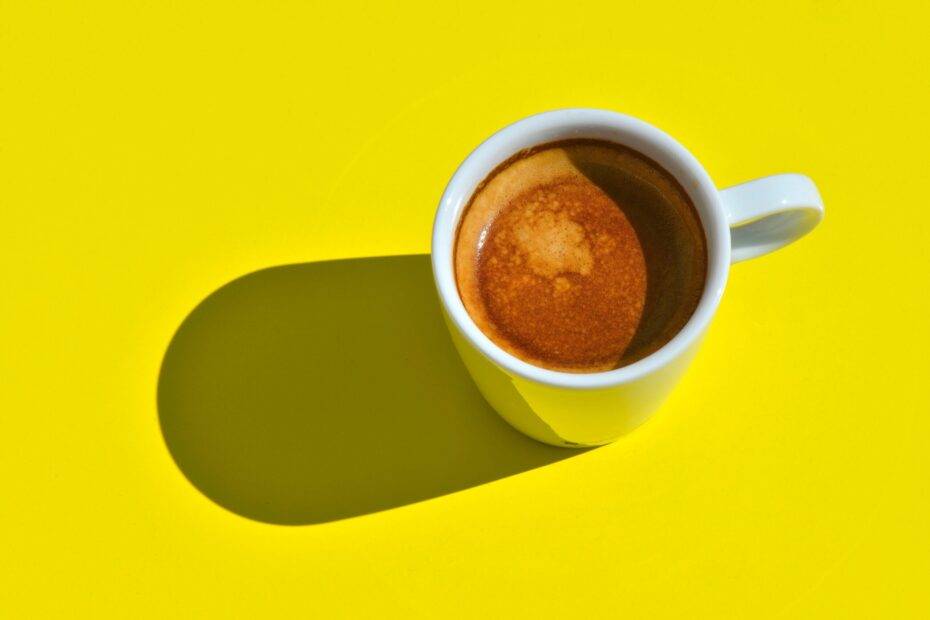 Lemon is a common accompaniment to espresso, which many coffee drinkers are familiar with. But why is espresso usually served with a lemon peel? In this piece, I will tell you why baristas serve espresso with lemon or a twist of lemon.

But first, does this coffee has a name? Yes, it is commonly known as espresso Romano. So, if you see this name appear in this piece several times, know that I’m talking about espresso paired with lemon.

Today, espresso Romano is served in numerous coffee houses across the globe. Variations of this drink include tangerines or oranges.

As it turns out, lemon is rubbed on the lips of the cup before the first sip. Some people claim this was meant to suppress illnesses and others believe the aromatic oil released by lemon masked poorly brewed coffee.

There is even a myth that claims lemons were used to clean cups during World War II due to water scarcity. Another rumor alludes to an Italian-American restaurateur who just wanted to unite his passion for citrus and java, and the duo was born. Or maybe it was just a marketing gimmick—some further info in an instant.

In America, espresso Romano is considered a traditional Italian invention, but that is not the case. This pairing is pretty much unheard of in Italy and Rome. What is common here is mixing expresso with sugar, water, liquor, or milk.

So, no matter how this pairing sounds Italian in origin, it has no roots in Italy. If you request espresso Romano in Italy, you would likely get some odd looks.

Now, if it didn’t originate in Rome or anywhere in Italy, how did this trend start?

In Europe during WW II

As mentioned earlier, there is a rumor that water scarcity during World War II resulted in lemon being used to clean coffee cups.

The rumor goes further that coffee shops must have, in some way, had more lemons than water. And knowing lemon can be used to clean things. Running a coffee shop with water was rare, which meant it had to be used only for brewing coffee.

A garnish to mask a bad espresso.

I also mentioned this earlier. Lemon was also paired with espresso to balance the cup of joe if it was poorly brewed. Adding lemon helped eliminate or mask the bitterness or bad taste.

The union of citrus and java origin

Another origin story is that an Italian-American restaurant owner loved coffee and citrus. Feeling that both paired well together, the restauranteur served lemon beside espresso, so the trend began.

Here are three variants of my citrus side:

Twist the lemon peel and apply the oil to the coffee cup edges or rims. This oil acts as a disinfectant and reduces your espresso’s bitter taste. This method is best for you if you don’t want to put peels inside coffee directly.

Twist the lemon peels inside your espresso

Twist your lemon peel in your espresso when you feel that the espresso’s taste is not good. For example, when it tastes bitter.

If you like the bitterness of espresso but don’t like the drink’s aftertaste, then it ok chew your lemon peel once you finish sipping it.

Leave it as a non-consumable garnish.

If your espresso’s overall flavor is great and not so bitter, then there is no need to use lemon peels. Just keep them aside and consider them like a non-consumable garnish.

According to most coffee purists, espresso doesn’t need any accompaniment to taste good when brewed the right way. They maintain that if something is needed to offset the bitterness in espresso, the cup has been over-extracted. In other words, if lemon has to be added to espresso to taste, then that brew is shoddily prepared.