Can I Drink Coffee on Empty Stomach

Home  »  Coffee Questions   »   Can I Drink Coffee on Empty Stomach

Coffee is a daily drink for millions of people around the globe. It is because of its extensive consumption; that people are curious to know the good and bad effects, it can have on their health.

To give you an example, before I started writing this article, I Googled the phrase “Questions about Coffee,” and thousands of them popped up on the screen.

One common question regarding coffee that is always on the tongue of every coffee lover is,

Can I drink coffee empty stomach? 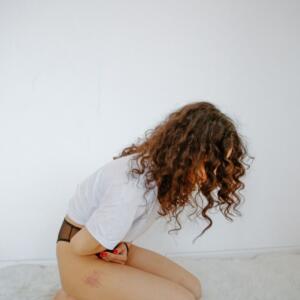 What is the reason? Why are people so eager to learn this?

The reason is, for a majority of people, coffee is a fixed a.m. drink. It is the first thing that they take in the morning. As they take it empty stomach, they are anxious to know if it poses any adverse effects on their health when their bellies are not filled with the food.

So, what is reality? Does it damage your health if you drink it on an empty stomach?

Read the story to know what changes coffee induces in your body when taken on an empty stomach.

Coffee boosts the production of gastric acid.  When there’s no food present in your belly, an increased amount of acid damages the lining of the stomach; this also aggravates gut disorders and prompts the problems of indigestion, heartburn, and vomiting.

How does coffee disrupt it?

Drinking coffee on an empty stomach hampers the release of cortisol hormone. Cortisol is paramount in regulating the metabolism and immune response. When its release is impeded by coffee, you feel sleepy, experience mood swings, and fatigue.

Coffee increases the urinary excretion of essential minerals, such as Calcium, Magnesium, and Potassium. These minerals have critical biological functions. Their deficiency suppresses the normal functioning of the body.

Drinking coffee on an empty stomach

The truth is that drinking coffee or any caffeinated beverages before eating breakfast can cause issues with your digestive system. Of course, every man, and woman, is gender-neutral themselves. Drinking coffee can increase the amount your stomach releases acid, as we discussed, which can hurt your lining, heartburn and indigestion.

You may wonder if drinking decaffeinated coffee is better, and the answer is a resounding no. All coffee is acidic and can cause gastrointestinal issues when drunk on an empty stomach: gas, bloating, acid reflux, and more.

One specialist, Nitin Makadia, states, “Coffee, even decaffeinated coffee, has been shown to stimulate the production of acid which, in the absence of food, can be damaging to the lining of the stomach with repeated exposure.”

That’s certainly not something you want to hear if you always drink coffee first thing in the morning. However, don’t worry! You will decrease the risk of these by simply eating with your morning coffee cup.

The danger doesn’t stop there, however. According to Dr. Adam Simon at PushDoctor.co.uk, drinking coffee with nothing else in your stomach can “give you jitters, shakes, and other withdrawal effects, including mood changes.” It’s also known to ramp up your heartbeat, cause trouble focusing, and amplify anxiety symptoms.

How to recover from stomach problems from too much caffeine

Now that you know how caffeine upsets your stomach let’s go over how to make your stomach satisfied after drinking too much caffeine. These strategies will help you feel better.

First, if coffee is the essential impetus to start your day, and you can’t think of getting to work without drinking a cup of joe, it is preferred to pair it with some pancakes, toast, or whatever you like breakfast. Otherwise, prefer drinking it in the afternoon or evening when your tummy does not crave food.

Some products have vitamins or other properties counteracting caffeine’s harmful effects. For example, bananas. They have alkaline, which prevents acids and is considered to relieve stomach problems. Some other balanced snacks that help are oatmeal, milk, melons, and green vegetables. Try one of these next time caffeine gives you a hard time.

Hydrate yourself by drinking water. Coffee dehydrates you, so counteracting is necessary. Water can also help flush out pain in your body, reducing your stomach discomfort. Drink plenty of water!

Tea may have caffeine, but herbal tea does not. Much herbal tea will improve your stomach after caffeine acids irritate it.

Chamomile and licorice teas can have the same calming effects. However, avoid something with peppermint or spearmint, as these can exacerbate stomach acid problems.

Aloe Vera has anti-inflammatory effects and is filled with other vitamins and minerals. In addition, the juice can detoxify your body when drunk, making your stomach feel much better.

Tip: Don’t take antacids to cope with too much caffeine triggering stomachache. Antacids can cause your stomach to produce more acids, making you feel worse.

How to avoid consuming too much caffeine

Cutting back on coffee is hard. But, to still enjoy coffee and take care of yourself, watch your caffeine intake.

Limiting the caffeine to 200-300 mg daily will help alleviate many symptoms that normally occur after consuming more. For example, an average cup of coffee is 120-200 mg of caffeine, depending on size and roast.

Some are more prone to results, but usually, when anyone drinks more than 500 mg of caffeine, stomach problems begin. Of course, to those that drink 5 + cups of coffee a day, it’s easier than done to restrict caffeine intake. Here are some tips on reducing caffeine and avoiding stomach issues from enabling you to enjoy coffee.

Drink a dark roast coffee instead

To help reduce caffeine is to drink a dark roast. It has the least amount of caffeine and acidity, so it shouldn’t bother your stomach, particularly if you lower the number of drinking cups daily.

Another way to reduce caffeine is to drink several cups of decaf after consuming several daily cups of coffee. Unfortunately, Decaf gets a bad rep, which seems undeserved because it tastes the same as coffee and can help avoid stomach problems.

Many say cold brew will help with coffee’s stomach problems. Because of its special brewing process, it has very low acidity. So reducing the number of oils, you eat while drinking coffee will reduce stomach problems. Yet bear in mind that cold brew has a more concentrated amount of caffeine so that it won’t limit caffeine consumption.

We shared the best ways to try if you have issues with stomach acid from consuming too much caffeine, including drinking chai tea or eating bananas. In addition, if you get stomach problems from drinking coffee more frequently than you should, we have included ways to avoid stomach problems. So now that you can support your stomachs induced by caffeine, you can enjoy your coffee without concern.