Why Decaf Is Good or Bad for You. Is Decaf Coffee a Better Alternative? 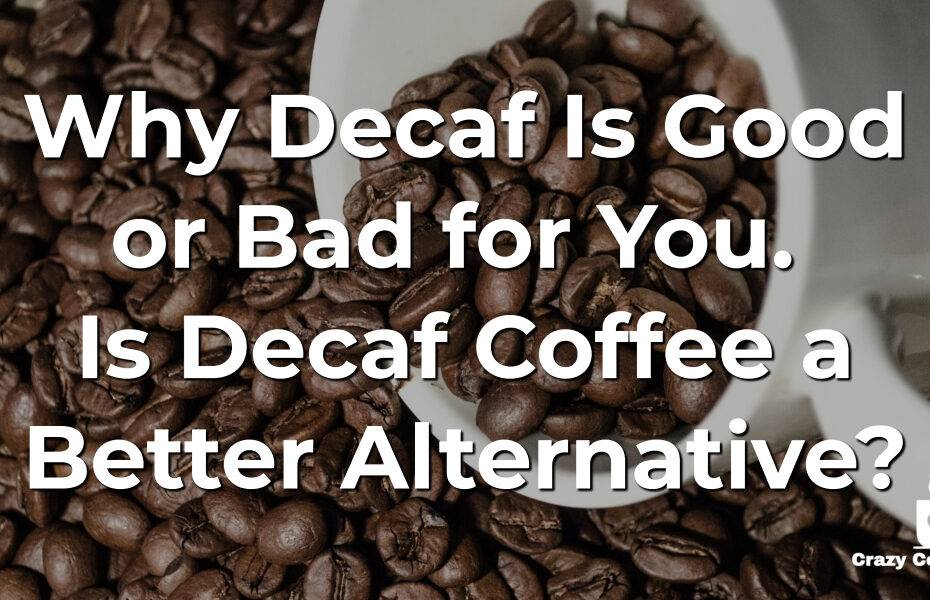 People love their coffee as affirmed by the thriving coffee industry. Despite this immense affection for the beverage, many have to give this up just to minimize the quantity of caffeine ingested.

Decaf is often the next resort for anyone looking to cut back on their caffeine consumption. But why Decaf? Well, it has lower caffeine content, unlike coffee.

In this piece, we intend to dissect the attributes of decaf coffee and the possible benefits or side effects it has on your wellbeing.

Decaf coffee: what you need to know 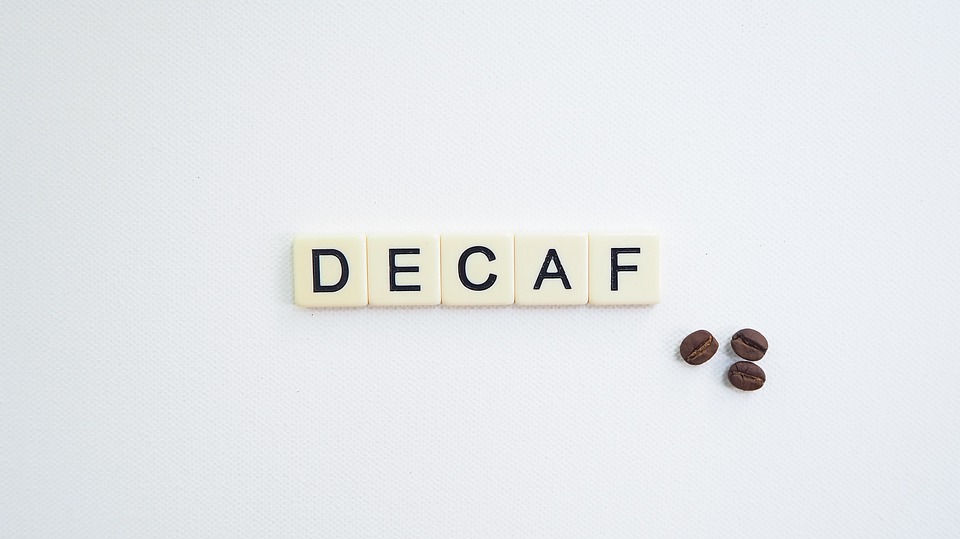 Coffee beans that have much of their caffeine content taken out significantly, are considered decaffeinated.

How the decaffeination process is achieved varies with the brand responsible for the product, but all the processes involve water ( albeit in different forms), solvents like ethyl acetate, and perhaps a carbon compound.

After decaffeination, the coffee beans are subjected to a heating process called roasting before being reduced to a fine powder.

If the decaffeination process is done accurately, the end product will have the same components without the notorious stimulant, caffeine.

It’s worth mentioning that the near-absence of caffeine affects the taste of decaf coffee reducing the harshness, which is synonymous with regular coffee.

All these explain why those allergic to the physical attributes of coffee don’t seem to have such problems with decaf coffee.

What’s the quantity of caffeine in decaf coffee?

There’s a misconception among coffee consumers that decaf coffee is devoid of caffeine. Decaf coffee contains small traces of caffeine with the percentage composition varying with the decaffeination process.

Research conducted on several samples of decaffeinated coffee taken from different sales outlets has been shown to contain 0 – 13.9 mg of caffeine.

A cup of coffee contains a higher dose of caffeine which could vary from 70 – 140 mg, but this amount is affected by the way the cup of coffee was brewed, the amount of ground coffee added and the brand of coffee chosen. 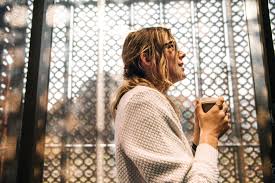 While the pitfalls of coffee make headlines with screaming captions, its benefits are often swept under the carpet.

Coffee is considered an incredulous source of antioxidants. For instance, according to a study, the consumption of coffee has been confirmed to influence a spike in polyphenol intake – a group of antioxidants known for their action against obesity.

This significant gap in antioxidant capacity is often attributed to the decaffeination process, where certain components of the decaf coffee are lost to water or solvent.

While coffee and its decaf end-product contain several compounds, research done on the subject has shown that hydoxycinnamic acids and polyphenols form the bulk of its antioxidant content.

But why are antioxidants valued? This class of chemical compounds cut down free radicals – unstable molecules capable of perpetuating havoc on the cells in your body.

Antioxidants are known to minimize the possibility of attacks launched by free radicals, usually targeting the cells in the body. The result is the average coffee consumer is near-impregnable to disease conditions like diabetes, heart disease and even cancerous growth are repelled.

Antioxidants aren’t the only compounds present in decaf coffee as consuming a cup of decaf coffee adds vitamins and minerals to your body.

Minerals like magnesium and potassium constitute the bulk of its contribution. For the vitamins, niacin is its sole contribution to your dietary intake (source).

For a maximum feel of its nutritional content, consuming several cups of the beverage is necessary.

Regardless of what its antagonists say, coffee has been confirmed to do more good than harm. Thanks to its component compounds, the beverage has been shown to have ties to boosting the wellbeing of the average coffee consumer.

Unfortunately, it’s a herculean task to find out the exact role of decaf coffee in wellness and health. This is largely due to the lack of adequate studies working on just decaf coffee. There’s also the issue that most of the benefits of the beverage aren’t hard facts of the effects of taking coffee, but they are probably influenced by its presence.

Some disease conditions and the coffee effect

Whether you are a regular coffee consumer or one who prefers the decaffeinated variety, research confirms your immune system is given a boost against type 2 diabetes for every cup of the beverage you consume. Taking a cup of coffee daily is posited as cutting your possibility of getting the disease by as much as 7%.

These studies speculate on the possibility of another active ingredient, which isn’t caffeine, being at the center of these health benefits. And since the stimulant isn’t coffee’s only component, it becomes easier to accept.

Decaf coffee doesn’t feature when attempts are made to understand the role coffee plays in the proper functioning of certain organs like the liver. But a study hints at decaffeinated coffee limiting pressure on the enzymes of the liver, but this is merely speculative as the exact role decaf coffee plays in this result isn’t quite clear.

Ties have been established between decaf coffee consumption with a decreased risk of sudden death due to disease conditions like stroke.

Coffee, decaf coffee and their effects on senescence and degenerative ailments

There appears to be a connection between coffee intake and an improvement in brain function, following the degeneration of mental capacity due to senescence-promoting disease conditions.

From studies conducted on the cells, there’s a chance that the consumption of decaf coffee could shield the neuronal network in the brain from damage. If this is verified and proven accurate, diseases linked to a decline in the condition of the neurons, for example, Parkinson’s disease can be averted.

While the debate rages on regarding the effect of coffee intake on the neurons, studies conducted have confirmed that this benefit of the beverage’s consumption is largely thanks to the presence of chlorogenic acid. This comes as a surprise since caffeine, another component of coffee, has been tied to a decrease in the likelihood of disease conditions known to affect the neurons in coffee consumers.

Despite the strings of connection between drinking regular coffee and the reduced risk of neurodegenerative ailments like Parkinson’s, there’s not enough that ropes in decaf coffee.

Some stand-out benefits of decaf coffee

One of the many attributes that have antagonized coffee consumption is the acid reflux experienced by some users which often leaves them struggling with heartburn.

What decaf coffee lacks in impact on risk factors, it makes up through milder or even nonexistent inconveniences like acid reflux and heartburn.

A connection has also been established between consuming multiple cups of decaf coffee and a decreased susceptibility to rectal cancer – more than 40% risk reduction. 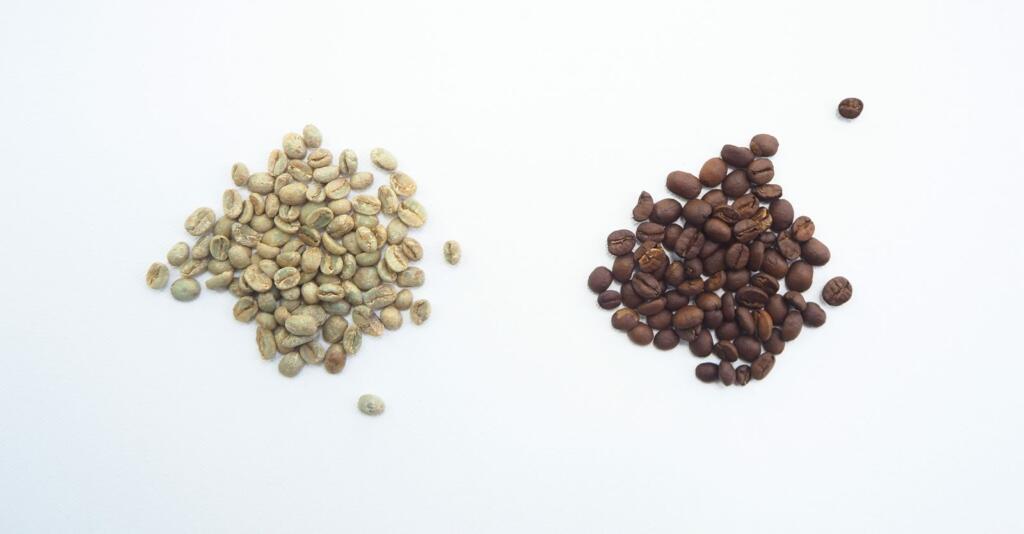 Now, coffee consumption might appear to be heavily laden with benefits compared to its decaffeinated variety, but you might want to be aware that most studies are dedicated to regular coffee not decaf coffee.

Which is better for specific individuals: regular coffee or decaf coffee?

The one factor that decides if a person should take coffee or its decaffeinated product is how he/she responds to caffeine intake.

You can gulp down several cups of regular coffee without your body reacting badly, but your partner can only take one cup, else he/she gets sick.

Too much cook spoils the soup, they say, and this applies to coffee consumption. The beverage might have its benefits, but loading your body with surplus caffeine alters its operations, which could spike your metabolism beyond normal, leaving you anxious with spells of insomnia, indigestion and other conditions.

If you are struggling with caffeine intolerance, it’s recommended that you either cut down your coffee consumption or consider replacing your regular coffee with its decaffeinated substitute. Tea is also worth considering as its caffeine content is rather low.

Besides your tolerance level of caffeine, certain medications demand a zero-caffeine consumption as the stimulant is known to alter the effects of these medications.

Certain groups of people have to cut their caffeine intake as it has been shown to have severe consequences when ingested in excess. Expectant women and couples looking to conceive belong in this category. Also, anyone struggling with insomnia or anxiety is required to avoid caffeine intake.

Coffee is a gift that keeps on giving. Its health benefits are humongous. The beans have an impressive amount of antioxidants which explains its massive effect on risk factors for certain conditions.

Unfortunately, drinking coffee isn’t everyone’s ‘cup of tea’ as caffeine tolerance differs with the person. Fortunately, decaf is on to the rescue when coffee intake poses a challenge. The decaffeinated beverage offers the best of coffee without its obvious drawbacks. And it taste much better too. 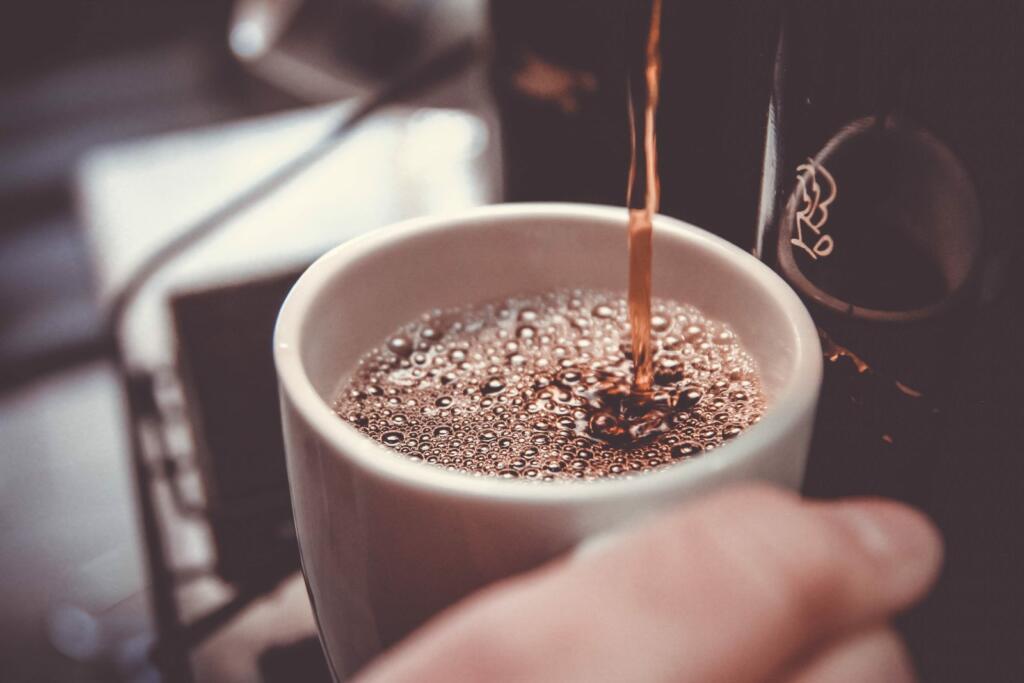 How bad is decaf coffee for you?

There are insinuations that decaf coffee isn’t good for a healthy heart due to the deposition of cholesterol along the coronary arteries of the fist-shaped organ. However, this has been proven to be only plausible with decaf brands that use fat-laden coffee beans in their decaffeination process.

A child taking a few cups of decaf coffee shouldn’t be a problem, especially when it’s done in moderation. And since the quantity of caffeine in decaf coffee is rather low, children can afford to take the beverage without any health implications.

Can you get addicted to decaf coffee?

Yes, you can. Decaf coffee still contains a small amount of caffeine, which is known for its addictive tendencies. Attempting to quit abruptly, would have you struggling with withdrawal symptoms – nausea, irritability, and more – for some time.