From boiling it to tossing whole eggs, Swedish coffee can be incredibly gratifying. As one of the top 10 coffee consumers globally, the Swedes must be doing something different. We are going to discuss what makes Swedish coffee special, from the fika culture, being a major influence on it, to the brewing methods.

You would not even think it, but Sweden is a huge coffee-drinking country. On average, with most Swedish coffee drinkers consuming 3.4 cups of coffee a day, it is obvious that the humble coffee is a vital part of Swedish culture.

Swedish people drink the second-highest coffee quantity in the world, Second to Finland, and barely does Finland get Sweden to the post.

However, where Sweden shines above other coffee-drinking nations, the truth is that their coffee is extremely good. Truthfully, you could tell a Swede to make you an instant coffee, and you’re likely going to end up with something that has the same punch as an espresso.

The taste is going to be so dark and heavy. Half measures do not make coffee. If it’s not a strong coffee, it’s not a true coffee to your typical Swede.

Swedish people do not just consume coffee ‘because,’ though. Drinking coffee is an important part of Swedish culture. Birthdays. First dates. Business meetings. Weddings. Whatever social event you have, it’s yet another reason to drink coffee. It’s all attributable to the Swedish ‘Fika’ culture.

Do you want to fika?

You may think that the United States has a massive appetite for coffee. Nonetheless, we have nothing to do with the Swedes. While the US consumes approximately 9 lbs of coffee per person annually, Sweden consumes about 18 lbs per person annually twice as much. Plus, some recent estimates have shown that this number is increasing!

Coffee is also an enormous part of Swedish society. The word they align with is fika, which is used as both a noun and a verb to illustrate when the Swedes have their regular coffee breaks.

People also fika in their workplace during breaks in the morning or afternoon. Some offices have fika rooms devoted to them. However, during free time, people still fikas in cafes or restaurants. It’s a common preference for casual, romantic outings, comparable to the American coffee date.

Fika is often complemented with fikabröd, which is just some kind of sweet pastry. Chokladbollar (chocolate balls), K anelbullar (cinnamon buns), and cookies (or biscuits) are all common choices.

Although some more recognizable coffee drinks circulate in Sweden, like latte and cappuccino, there are a couple more traditional Swedish drinks that are very popular.

Actually, this is the one coffee on the list that you should be acquainted with. Like in America, most of the Swedes go for the tried and true drip coffee. It’s always taken black in addition to a sweet treat, as we described earlier.

Sincerely, it’s unlikely to go wrong drinking a standard, black drip coffee, no matter where in the world you’re in.

Kokkaffe, simply “boiled coffee,” is a popular brewing method, especially in the North. This reasonably easy coffee preparation method includes a pot/kettle (or pan if you wish), a small strainer, coarse ground coffee, and a flask.

The grounds are identical to the grind used for a French press. To prepare it, these grounds are put in the pot with water, heated until it reaches a boil, left to stay, and then the coffee is strained into the thermos or flask.

This is a relatively instant simple process that makes for a fairly easy cup. It’s not as intense as, say, Greek coffee, but it’s nice to drink the whole morning.

Swedish egg coffee is a special way to brew egg coffee. Legend has it that this recipe originated on its way from Sweden to America in the late 1800s. It has been a long tradition for Lutheran church assemblies of Scandinavian-Americans in the Midwest and has been nicknamed “church basement coffee” for the large quantity it typically makes. To prepare Swedish egg coffee, a raw egg is introduced to the coffee grounds before the coffee is roasted, forming a potting soil-like mixture. Few diehard egg coffee lovers still use crushed eggshells, but that’s optional.

Adding the egg helps to clear the coffee, making it easier for the grounds to separate from the water. The white egg removes the bitterness of the soil and improves the caffeine. The outcome is a light, clear brew with almost no acidity or bitterness and a silky texture that is nice to drink. You’ll find that after a couple of minutes of simmering, the grounds will bunch up and float to the surface, which is why the coffee tastes so mild. Adding cold water toward the end produces a French press effect, which allows the mass of the ground to drop to the bottom of the pot. You may use either an enamel coffee pot or a saucepan to make Swedish egg coffee.

Steps to make this happen

• The further you let the coffee boil, the stronger the taste grows without being bitter.

• The coffee ground mixture can be boiled over quickly, so be sure to watch the pot and reduce the heat if necessary.

Basically, when broken down during boiling, the albumen in the egg white contains proteins that bind to other particles. Since these macromolecules are culpable for bitterness and other impurities, adding an egg to your coffee makes it mellow.

This chemical process also yields a stronger caffeine hit, which is fantastic news for many coffee lovers, as much high-caffeine coffee is very bitter due to Robusta beans. At the end of the day, the egg makes a much smoother, more or less velvety drink. And it’s without any milk!

Besides the fun things that happen due to the egg itself, a few perks are left in the eggshell. As you may already know, coffee by itself can be very acidic, particularly if you’re using a lighter roast. But the eggshells are alkaline (or basic).

Basic substances neutralize acidic substances (this is how Tums or Pepto gets your stomach acid to resolve). So, adding eggshells to your acidic coffee ensures that a decent bit of acidity would be fully neutralized. We’ve got to admit that this is pretty awesome.

Swedish coffee is really good. Very strong. So strong indeed, you’ll see when you pour your regular amount of milk into it and notice that your coffee refuses to change from black to brown. You should imagine Swedish coffee to be a little better than Espresso and weaker than tar.

With that said, the very first time you drink Swedish coffee, try a little Espresso-sized mug to find out the effect it has on your digestion. Just ensure you drink your coffee with a toilet within a couple of seconds’ reach.

The benefit of swedish egg coffee

You’ve got the egg coffee recipe, but what are the advantages you’re going to get from it?

The biggest advantage is that it helps to make the coffee a little bit clearer. Swedish egg coffee is one of the smoothest coffees you’ll ever try. This is because it helps extract the tannins from the coffee. The effect is a drink that’s going to be a lot less sour. So, if you’re not a coffee bitterness fan, you may want to try some egg coffee. It just might be what you need.

Egg coffee is also smoother on the front side of the caffeine. This means that you’ll need to consume less of it to get the same ‘caffeine hit.’ This is one reason that made egg coffee so prominent when Swedish people emigrated to the United States.

Most of them are poor, yet they still love coffee. They would realize that the coffee will go a lot further by mixing an egg into it all. It also made the water that they used to taste a lot better. Recall that back then, you could not just add milk to your coffee to improve the taste. The cows were costly (and you certainly weren’t carrying many of them on a ship). You had to use chickens, and that’s where egg coffee came from.

Some people also say that the egg would add a bit more nutrients to the mixture. We don’t know if this is the case because the egg is there to improve the coffee’s flavor. A small amount of protein and a few other nutrients can be added to the mixture, but nothing too wild. After all, you’re boiling it.

This would immediately reduce the effectiveness of most of the nutrients. We’d say that this is a good bonus, but definitely not the reason why you’re supposed to be drinking Swedish Egg Coffee. If you want a coffee with a sprinkle of protein added to it, there are better egg-based beverages for that.

If you’re trying to blend in when you go overseas or just looking to make things more fun at home, Swedish coffee is worth trying out. Who knows, maybe you can get your buddies to fika with you, or maybe persuade them to sample some of the smoothest egg coffee they’ve ever tasted! 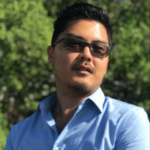