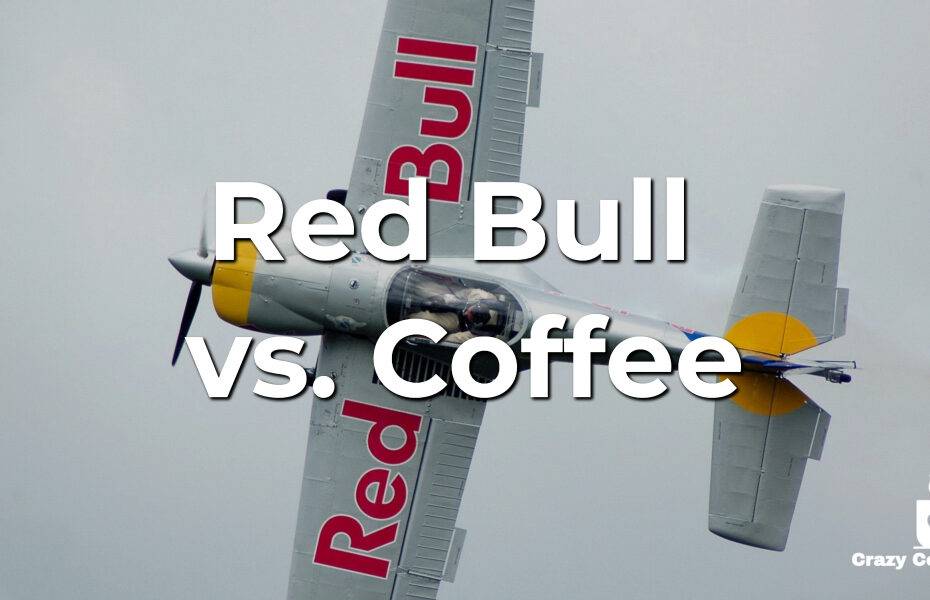 Coffee is the best beverage for kick starting your day. The caffeine rush is vital for an energy boost throughout the day. Coffee is not the only drink that can give you caffeine boost. Some energy drinks are available and have good caffeine levels. Caffeinated Energy drinks have significant differences with coffee aside from the flavors.

Let’s have a look at their distinctions; 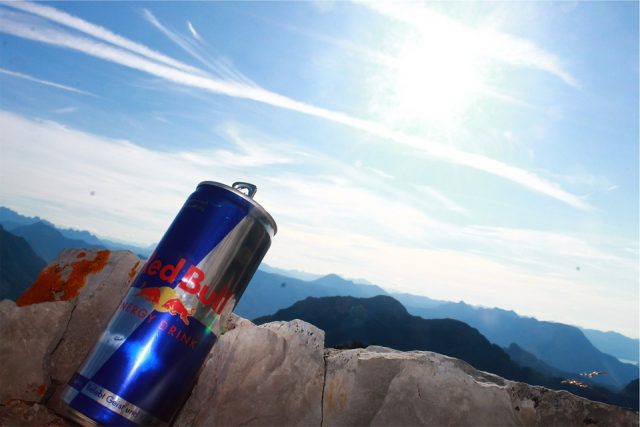 Red Bull is a famous energy drink across the world.

Red Bull is a product of Red Bull GmbH. It has the biggest market share of energy drinks in the world. In 2018, it sold over 6.8 billion cans. The energy drink is a very efficient workout booster.

Coffee has the edge over Red Bull. Coffee consumption in the US is about 146 billion 9 ounce cups per year. Coffee is not only an energy booster but represents over 75% of caffeine consumed in the US. In this article, we are looking into drip coffee and not espresso or coffee brewed using other methods.

Caffeine content varies in different types of ground used in brewing. The average caffeine level falls between 80 and 200 milligrams per cup.

On the other hand, Red Bull has about 80 milligrams of caffeine per can. It is a weaker caffeine source as compared to coffee.

While Reb Bull has a relatively lower caffeine level to coffee, it has other stimulants which make it preferred by some users. People who work out regularly need a boost from these stimulants.

Taurine is a natural stimulant which is useful for cardiovascular functions, oxidation, calcium signaling, and other roles. It is, however, not presents in coffee. Studies have shown that Taurine, which is present in Red Bull is useful in inducing relaxation and heart health.

You are probably aware of the effects of sugar in your body. One can of Red Bull contains an estimated 6 tablespoons or 26 grams which exceeds the recommended 2000 calorie diet.

Some people add an excessive amount of sugar in their coffee. This may have a positive energy boost or result in a midday sugar rush. The high sugar levels in Red Bull makes it a preferred choice by many.

Which is Healthier? Red Bull or Coffee?

Reb bull has more calories as compared to black coffee. However, as more sweeteners, milk, and cream are added to a cup of coffee, the calorie level begins to level up. You can improve the taste using low-fat milk, less sugar, or even salt and achieve a higher calorie count.

Red Bull and other energy drinks are ideal for intensive workout sessions. They are highly targeted to athletes who need to boost performance and avoid energy crashes.

On the other hand, coffee can be used to boost your metabolism. It is best taken some hours before the workout. When using coffee, you can reduce your sugar intake and drink more water.

Most energy drinks are similar to Red Bull. They have high calories and sugar level. Only a few drinks such as Rockstar 2X Energy has higher caffeine content.

Tea is a coffee substitute with caffeine. Caffeine in tea is absorbed slowly and promotes relaxation rather than hyperactivity. It is not a very good energy booster.

Espresso has equal benefits to coffee. It has more flavors and higher caffeine content making it a good option.

Coffee is a perfect drink for your health in the long run and has lower side effects.

Red Bull and other energy drinks are energy boosters and its best to consume them while working out.

READ Related Article:  What is a Lungo?