How to Stop Coffee From Making You Poop 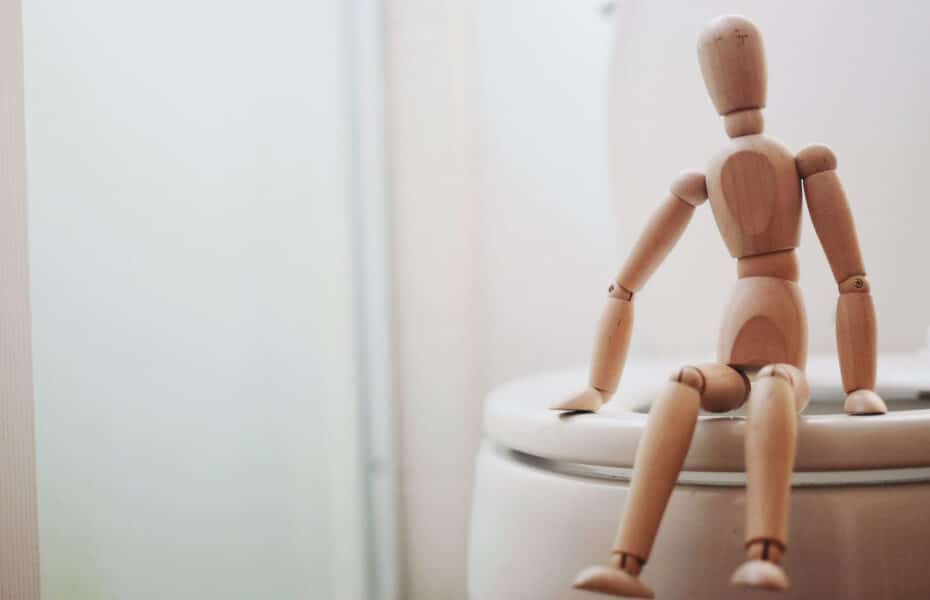 Coffee is most people’s most dependable morning companion. Without question, coffee is a powerful wake-up call in every aspect. But have you ever considered what causes them to want to go to the restroom quickly after drinking a cup?

Is it bothering you because it’s embarrassing in other places? So, let’s learn all about it, including how to avoid coffee from making you poop.

A strong cup of coffee can have a laxative effect, causing you to bolt out of morning meetings at work and race to the restroom.

Why does coffee make you poop?

There are several possible causes for coffee making you poop. First, caffeine, particularly caffeinated coffee, has laxative properties. While not as potent as a pharmacy laxative, your morning espresso or latte can help you poop fast.

Coffee stimulates peristalsis, a muscular contraction that helps your body move things along. In addition, your digestive tract determines your body’s reaction to caffeine. Some folks notice caffeine’s usual laxative effect, while others do not.

When it comes to pooping in the morning, coffee isn’t the only culprit; the tasty extras you use to make your coffee taste amazing can also be a problem. Dairy products, creamer, and sweeteners (natural and artificial) can have laxative effects on certain people.

Is coffee a laxative?

Even though this problem affects 30-40% of the population, little research has been conducted to determine what is causing it. Many individuals blame caffeine, stating that the stimulant causes your bowels to become more active. Others, however, argue that decaf causes more pooping difficulties than soda, implying that there is another source. So, what precisely is the source of the problem?

It’s pointing to coffee’s acidity as the culprit. And, because these medications have various effects on different people, your problem might be with one or both of them. The easiest method to figure it out is to pay attention to what else is making you go to the restroom.

Is it good or bad to poop after coffee?

Pooping after coffee can be beneficial or detrimental, depending on your health and circumstances. There are occasions when a post-coffee bowel movement is beneficial, and other times, it is harmful.

Pooping after drinking coffee is ideal when:

Fortunately, pooping after the coffee is generally beneficial. However, several circumstances in which a coffee-induced restroom trip is not ideal.

Coffee making you poop is not ideal when:

It is unhealthy to become dependent on coffee to make you poop. You may want to increase your fiber and fluid intake at this stage.

Why can coffee cause bowel movements?

According to certain research, coffee can stimulate parts of the gastrointestinal tract such as the stomach, gallbladder, and colon. Researchers have tried to corroborate these effects. However, other research suggests that coffee may not impact bowel movements.

Research involving six participants found that drinking coffee after a meal could help the stomach empty faster. This is because food can move to the rectum and promote bowel movements once the stomach empties.

As a result of the release, there could be bowel movements. While the general premise remains unclear, this could be the reason you feel the need to poop.

After infancy, around 65 percent of the world’s population cannot fully digest lactose. Lactose is a type of sugar found in milk and other dairy products. Diarrhea can be caused by lactose intolerance.

People who add dairy products to their coffee, such as milk, may have to poop due to the lactose in the drink.

A few IBS patients have reported that coffee promotes the symptom of pooping. In addition, it usually results in diarrhea. As a result, the patients are not permitted to drink coffee.

In addition, research on IBD patients was conducted in 2015. And the findings revealed that 62 percent of those who did not drink coffee thought it was exacerbating their symptoms.

Thus, caffeine stimulating your intestines isn’t bad until you overdo it. Coffee does not make people poop, according to research. However, some people may poop due to it, while others do not. More research is needed to determine if coffee induces bowel movements and, if so, which components of coffee create a laxative action.

Although there is nothing wrong with it, some severe diseases might be an exception, so being aware of the situation is beneficial.

Anyway, if nothing major is wrong with your health, enjoy that cup of coffee and quit worrying about unavoidable things.