Caffeine Overdose? How to Counteract Caffeine: 14 Remedies You Can Try

Home  »  Coffee Education • Coffee Facts • Coffee Questions • How To   »   Caffeine Overdose? How to Counteract Caffeine: 14 Remedies You Can Try

This is not intended to be medical advice. Please seek emergency medical attention if you suspect you are in danger.

Is there a caffeine antidote that might help you lessen the amount of caffeine in your body? 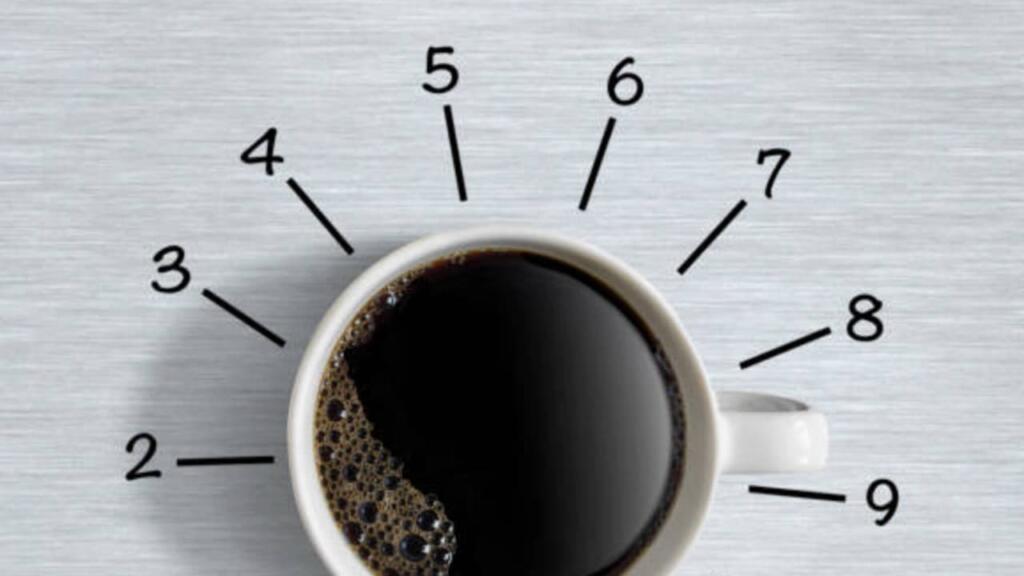 For example, if you take an espresso or a particular amount of coffee to keep you awake (to finish a work or study) but then realize you don’t need to remain awake all night, is there anything that counteracts caffeine’s effects on your body (meal or drink, for example)?

Can caffeine be flushed from your system?

The answer is that caffeine’s effects persist for at least many hours.

Once caffeine enters your body, there isn’t much you can do to get it out.

The easiest way to get rid of caffeine is to let it flush itself naturally.

Nonetheless, there are a few things you can do to reduce its negative effects.

Caffeine is fat-soluble, which allows it to pass through your body fast. By the time you experience the negative effects of caffeine, it’s too late for water to help.

Drinking water will not dilute the caffeine in your body.

How much is too much caffeine?

Caffeine is metabolized differently by everyone. This is due to the fact that your genetics, age, weight, tolerance, and liver all influence how rapidly you process caffeine.

While everyone’s reaction to caffeine differs, 400 mg or more is generally considered excessive for adults.

It’s also worth noting that the maximum tolerated caffeine dose ranges between adults and children.

Children weigh less and are more vulnerable to its effects. As a result, we advise against children drinking coffee or using it excessively.

Caffeine measurement is difficult to standardize because it relies on bean origin, flavor, roast, and grind, not to add water temperature, brewing time, and, well, you get the point…

Rather than having a universal fixed point for how much is too much, the ill effects occur when you consume an unusually large amount for you.

Check out our caffeine calculator to find out how much caffeine is in your caffeinated beverages.

What are some of the negative consequences of consuming too much caffeine?

Caffeine overdose, albeit uncommon, can occur and is nearly invariably the result of excessive use of energy drinks and energy shots.

If you’ve consumed more caffeine than is recommended, your body will let you know.

Because caffeine is a stimulant, the symptoms of too much caffeine mainly impact the neurological system.

Those symptoms range from minor to severe, and they can have a significant impact on your life and health.

The following are the most typical symptoms of caffeine overdose:

How to remove caffeine from your system

Caffeine has a half-life of about 5.7 hours in a healthy adult.

If you drank an average of 1.5 oz espresso brewed from 7 g of espresso beans and containing 77 mg of caffeine at 8 p.m., you would still have about 40 mg in your system by 2 a.m.!

According to rat studies, a molecule known as Rutaecarpine may accelerate the rate at which caffeine is metabolized. While this has yet to be investigated in humans, herbal supplements containing Rutaecarpine have appeared on the market, which anyone can take at their own risk.

Anything you consume, however, will take time to counteract the effect of coffee and will not provide quick relief.

While there have been relatively few incidents of caffeine causing death (the majority are connected to alcohol or caffeine exacerbating other problems), you should seek medical attention if you believe you are in grave danger.

Overdoing your caffeine consumption on a regular basis can result in unpleasant withdrawal symptoms; this can be avoided by avoiding regular excessive amounts of caffeine in the first place.

Today, don’t drink any more coffee. It may seem like a no-brainer, but make sure you don’t eat your typical mid-afternoon chocolate-covered snack bar out of habit.

Caffeine’s negative effects, such as jitters, headaches, and elevated heart rate, can be exacerbated by dehydration. These are all signals that your body is in distress, and they might all work together to amplify the negative reaction.

It’s vital not to overdo it, as dehydration can cause a rise in blood pressure (among other problems), which might exacerbate the effect of caffeine-induced hypertension.

Caffeine may also function as a mild diuretic, leading to increased urination and more frequent stools if you aren’t acclimated to it. Though this is uncommon for those who routinely drink caffeine through coffee or tea, hydration can help mitigate some of these effects.

4. Electrolytes should be replaced.

You’re losing not only water but also electrolytes if you’ve been sick to your stomach or have diarrhea. You can substitute an electrolyte replacement solution, such as Pedialyte, for them.

If you have a lot of pent-up energy, go for a stroll to release some of it. However, if you detect anything strange about your heart rate, such as a sudden quick spike, stop.

6. Nicotine as a treatment

Smoking (nicotine) has been proven to reduce caffeine metabolism from around 6 hours to 3.5 hours, clearing it out of your system faster. In a hazy sense, this qualifies it as an “antidote.”

This, on the other hand, brings nicotine into your body, which is another stimulant that is quite unhealthy.

7. Garlic as a treatment

There are no documented strategies for using garlic to assist in counteracting excessive caffeine use. This is a traditional wive’s tale.

8. Bananas as a treatment

Bananas, like garlic, have no known caffeine-blocking properties. Bananas are an excellent source of potassium, so if you’re feeling cramps as a result of dehydration caused by caffeine’s diuretic effects, they may assist relieve cramping symptoms.

Caffeine’s released into your bloodstream may be slowed by eating. Choose fiber-rich, slow-digesting meals such as whole grains, beans, lentils, starchy vegetables, nuts, and seeds.

Though it will not offset caffeine’s stimulatory effects, this amino acid supplement may help relieve anxiety and lower blood pressure. Before taking it, consult with your healthcare provider.

According to a 2007 study, L-theanine lowered people’s stress responses, notably their heart rate. A 2012 study indicated that L-theanine helped manage blood pressure during a stress test.

Caffeine levels in your blood alter vitamin C concentration, deceiving your body into believing you’re deficient in vitamin C. Consuming an orange or grapefruit may be your best choice for reintroducing vitamin C into your system.

Caffeine’s effects on the body will be mitigated by herbal tea. Despite the lack of caffeine, these magical beverages have some pretty amazing health advantages, including improving digestion, protecting cells, and alleviating those pesky colds.

Not to mention the therapeutic aspect as an extra bonus! Chamomile is an excellent choice.

13. Deep breathing should be practiced

If you’re anxious, chances are your breathing is quick and shallow, which will exacerbate your worry. To restore normal breathing and lessen anxiety, take calm, deep, deliberate breaths.

While you’re lying down with your eyes closed, practicing deep breathing, you might as well throw in some meditation. “Meditation can also be beneficial in calming all of that neurological stimulation,” Nieves explains.

Allow yourself at least 10 minutes to meditate instead of merely taking a few deep breaths. Doing so will improve the availability of oxygen in your brain as well as stimulate the parasympathetic nervous system, which “promotes a sense of serenity.”

How long do caffeine’s effects last?

Caffeine’s effects linger for 4-6 hours after it is absorbed into the bloodstream.

How can I get rid of caffeine and sleep?

Caffeine can be mitigated by drinking plenty of water, eating a hearty meal, exercising, and meditating. After a caffeine overdose, deep breathing exercises, meditation, and yoga can help you sleep after drinking coffee.

What foods can help reduce caffeine?

Caffeine’s effects are mitigated by foods high in water content (such as watermelon or cucumbers). Foods high in fiber, such as apples, celery, and whole grains, can also assist.

Coffee-induced headaches can also be relieved by foods high in potassium, such as bananas.

How can I get rid of caffeine sensitivity?

This can be alleviated by eating less caffeine. Change up your coffee for green or white tea.

Herbal teas will also provide you with energy without the need for caffeine. You can also completely eliminate coffee from your diet.