How Long Should I Boil Coffee? Does it Get Rid of Caffeine? 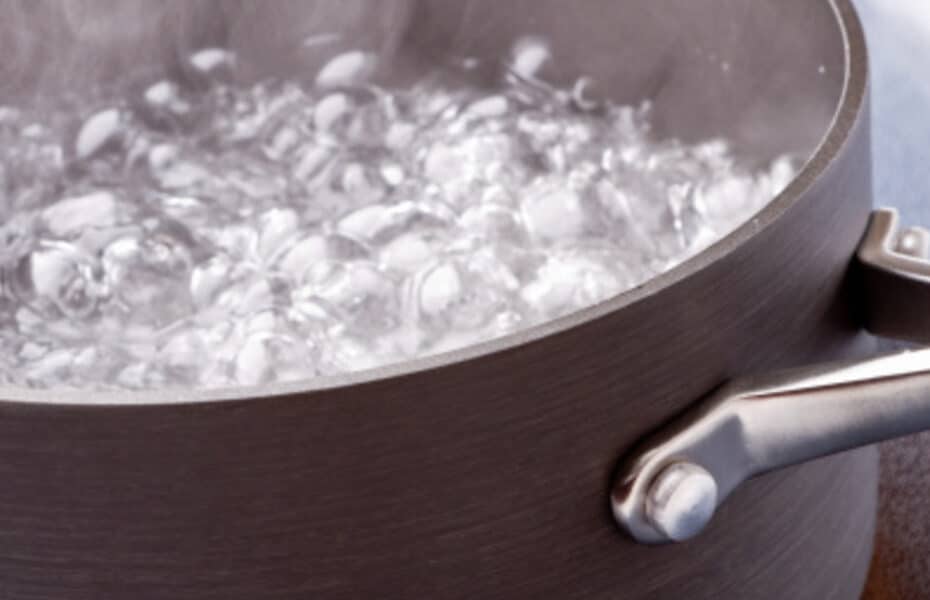 Until the 1930s, boiling was the most frequent way to brew coffee. Although it has largely fallen out of favor in favor of alternative brewing methods, it is still utilized in many classic recipes. All you need to boil coffee is water, coffee grounds, and a heat source.

When attempting a classic cowboy coffee recipe or putting your new ibrik to the test to make Turkish coffee, you may be asking how long to boil coffee.

Is it bad to boil coffee?

If we’re talking about your health, it’s not harmful. However, you should never boil coffee.

Is heating water harmful to your brew?

Boiling coffee destroys the subtle taste molecules that give it variety and richness. In addition, boiling coffee causes over-extraction, which causes the bitter components to overpower whatever other taste the coffee beans may have had.

The coffee you ground and use in your brew has (ideally) been expertly roasted to achieve a certain flavor profile. Unfortunately, any additional application of direct heat will shift the coffee away from this profile, removing all of the pleasant qualities.

When we say we’re boiling coffee, we’re referring to brewing it in hot water.

What happens when coffee is boiling?

Boiling coffee breaks down and eliminates the aromatic acids and sugars, leaving only the bitter ingredients — the third step of coffee extraction, from the plant fibers that hold the beans together.

Should you pour hot water into your coffee?

It is not a good idea to pour boiling water over the coffee. For brewing coffee, the ideal water temperature is between 91 and 96 degrees Celsius (195-205 degrees Fahrenheit). If you don’t have a thermometer, a decent rule is to wait 30 seconds after the water has stopped boiling before pouring.

How long should you wait after boiling water to make coffee?

Wait approximately a minute after the kettle has boiled before pouring over the ground coffee – the temperature needs to drop to around 95 degrees C, or your coffee will taste harsh. Allow five minutes for the coffee to steep.

Does boiling coffee get rid of the caffeine?

Caffeine dissolves far more easily in hot water than in cold water. For example, around 2 grams of caffeine will dissolve at normal temperature in 100 ml of water, but in boiling water, the solubility increases to 66 grams.

Caffeine is entirely stable up to 235 degrees Celsius, according to the above statistics. As a result, caffeine will not degrade at the boiling point of water. Caffeine is only dissolved in boiling water, which means it interacts with water molecules via hydrogen bonding.

Despite the article’s title, traditional recipes never call for the coffee to be boiled.

Boiling coffee is most likely the original way coffee was produced in antiquity.

It’s a Jebena. It’s the traditional Ethiopian method of brewing coffee. Coffee, as you may know, originates in Ethiopia. As you can see, it is boiled directly over a flame or heat source.

This brewing method yields a strong, full-bodied blend with plenty of flavors. This is the method to use if you want your coffee strong. However, you must exercise caution when boiling the coffee because it is quite easy to burn the coffee and convert the brew into a bitter mess.

You must know how you enjoy your coffee and experiment with different timings and amounts to improve your technique, but this is not the wrong method to make coffee; it is the authentic way to make coffee.

Unless you do it incorrectly, boiling coffee will not “ruin its flavor.” If done correctly, the flavor comes out entirely in a manner that drip brewing cannot. It won’t taste the same as a drip brew, but it won’t be awful, and the flavor will be much stronger.

Cowboy coffee has a bad reputation for being unappealing, but that doesn’t have to be the case. You only need to take care in preparing campfire coffee to make it taste as delicious as at home. Unfortunately, cowboy coffee is frequently bitter because the coffee beans are cooked and steeped in water for too long, resulting in over-extraction.

The ideal temperature for brewing coffee is between 91 and 96 degrees Celsius (195 – 205 degrees Fahrenheit). If it’s hotter, the delicate taste compounds in the coffee will be burned; if it’s cooler, the coffee will not extract properly.

Although you are unlikely to have a thermometer when camping, allow the heated water to cool for 30 seconds before adding the coffee. Stir it up and soak the grounds for little more than 4-5 minutes; any longer and you risk over-extraction and bitterness.

When the coffee is ready, immediately pour it into mugs or a thermos. Because the grounds are left at the bottom of the pot, the brewing process will continue as long as the coffee remains in the pot.

In many countries, the most conventional technique to make coffee is to boil it in a pot or saucepan on the stove. Although filter coffee machines have mostly replaced it in most houses, this method remains popular.

It’s similar to a stovetop espresso maker but without a coffee machine.

This is notably prevalent among the Nordic countries and some of their descendants in the United States commonly referred to as “church basement coffee.”

Pan-boiled coffee is similar to cowboy coffee, but it is cooked on a stove rather than over an open fire. Even with such a simple recipe, there are variables – trial and error may be required to determine your preferred preparation method.

Turkish coffee is well-known for its strong flavor. It has been cooked the same way for over 500 years, so the techniques are well-established.

Turkish coffee requires two ingredients: very finely ground coffee powder and a unique brewing vessel known as a “cezve” in Turkey or an “ibrik” in most other parts of the world. Because it is made without a filter, the final cup is thick with coffee “mud.” This only adds to its allure.

As a result, you’ll need a high-quality coffee grinder to grind the beans finely enough to mix into the coffee. Alternatively, you can purchase ready-ground Turkish coffee.

To make Turkish coffee, fill an ibrik with water, coffee, and your favorite amount of sugar and spice. Then, slowly heat the pot to avoid the boiling point and spilling.

Allow it to cool before returning it to the stove and heating it just below the boiling point once or twice more. Pour and enjoy right now.

Now you know. You should never boil your coffee, only up to a certain point. Otherwise, you’ll ruin a perfectly good coffee. Stick to 205 degrees Fahrenheit (96 degrees Celsius) when brewing coffee.