How Long Does Milk Last After Its Expiration Date or Sell-by Date? 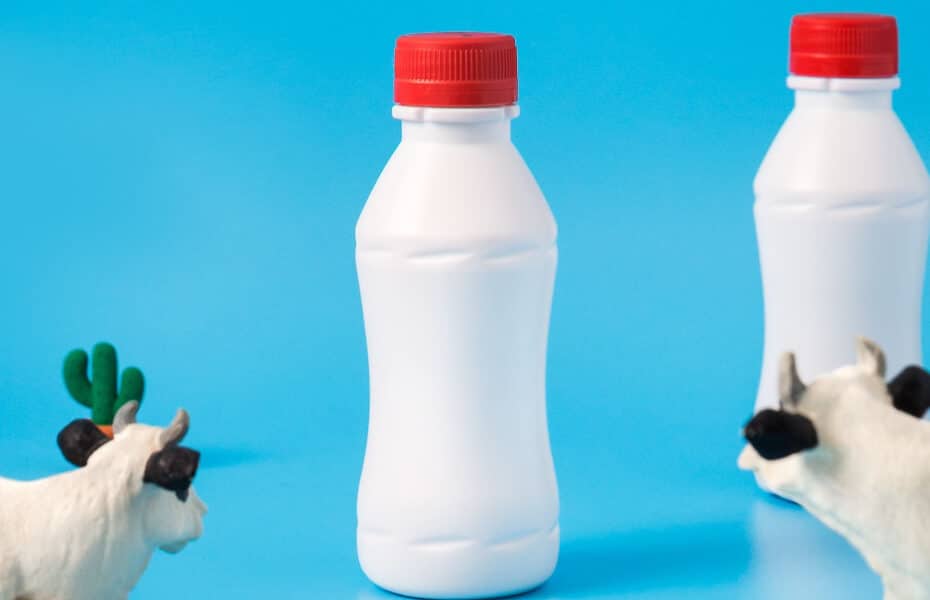 You brewed your perfect cup of coffee in the morning and now ready to add milk.

You take a glance at your milk carton and discover that it has “expired.” Should you consume it?

How long is milk good once it has passed its sell-by date?

Hundreds of people ask me such questions every day, and I’m afraid there isn’t a simple solution I can give you. It all depends on the sort of milk in question and how it was preserved.

Before we get into the specifics, let’s first discuss milk pasteurization.

With that in mind, let’s get back to the subject that brought you here: how long does milk last after the expiration date on the label?

There are no major changes in how whole, skim, nonfat, or lactose-free milk is handled. Assume that everything below applies to all of those different forms of cow’s milk.

What is the shelf life of milk?

As you can see, the longer the shelf life of milk, the longer you can safely consume it after its expiration date. It’s rather logical and applies to the majority of food goods on the market.

Plain pasteurized milk has a short shelf life, so I wouldn’t handle it if it was more than a week over the sell-by (or occasionally use-by) date on the label. But if it were UHT (also known as aseptic) milk, I wouldn’t hesitate to open it and see if it’s safe to drink one that’s a month past its expiration date.

If you know your unopened UHT milk is getting close to its expiration date and want to keep its freshness for as long as possible, refrigerate it. That’s an easy approach to help it keep its quality for a couple of weeks longer.

Please keep in mind that these are simply estimations.

Dates on milk: What do they mean?

There are several different dates that you might find on your milk. If you’re not sure what each letter stands for, here’s a quick primer ([USDA]):

As you can see, neither of these dates has much to do with safety, nor are they expiration dates. They are guidelines that are concerned with product quality rather than food safety.

If you want to know if your milk is safe to drink, you must do your own testing. A useful checklist is included later in the text.

Why does milk spoil?

Milk is produced in multiple phases, each of which aims to kill off these bacteria in order to lengthen the shelf life. Milk production according to United States Department of Agriculture rules. Manufacturers will rear and milk dairy cows before keeping and transporting the milk at 40°F or less for testing and processing. Milk processing entails the following steps:

Several extra processes, such as additional filtering or extremely high temperature treatment, may be required.

Pasteurization destroys most germs in milk, but not all, which might continue to thrive after processing. When milk is opened at home, additional germs might enter and proliferate, eventually spoiling the milk.

Methods for extending the life of your milk

Milk may be safe to consume for several days after the sell-by or best-by date. However, if you do not store and handle milk properly, you may end up with spoilt milk.

Here are a few pointers to help you protect your milk from spoiling too quickly:

While milk can be stored for up to three months, the freezing and subsequent thawing might cause texture and color changes. Having said that, it will be safe to drink.

How to store milk

Shelf-stable As long as it is unopened, UHT milk can be stored at room temperature in a pantry or kitchen cabinet. When you initially open it, it should be refrigerated. Every other sort of milk, whether opened or not, must be kept in the refrigerator at all times.

When keeping UHT (aseptic) milk, keep the cartons in a cool, dry place away from heat sources. While temperature changes will not cause it to spoil, its quality may suffer if you keep it near a heater or stove.

Whenever you’ve opened the bottle or container, make sure it’s always shut when not in use and that you return it to the fridge once you’ve poured yourself how much you need.

And if you’ve ever pondered putting leftover milk back into the carton or bottle, don’t do it. That’s a simple way to introduce bacteria into the milk, potentially causing it to spoil early.

If you know you’ll need to extend the shelf life of a bottle, place it in the far corner of one of the shelves rather than on the entrance. This keeps it in a relatively steady temperature environment, which helps the milk preserve quality slightly.

If you have leftover milk after cooking or adding it to your coffee, place it in an airtight container or mason jar and chill it separately. Use it whenever you need milk (e.g., to pour over your cereal).

Last option is to freeze your milk, you can use it for smoothies, ice coffee, frappuccino, and more.

How can you tell if your milk is bad?

Throw aside milk that contains:

The final two symptoms are easy to see if you pour the milk into a glass before drinking or using it, but difficult (or nearly impossible) to notice if you drink or pour it directly from the carton.

A sip or two of spoil milk is unlikely to have any major consequences.

Consuming moderate or large amounts, on the other hand, might result in food poisoning with symptoms such as nausea, vomiting, stomach discomfort, and diarrhea.

Make an appointment with your healthcare practitioner if your symptoms persist or worsen, or if you begin to show indications of dehydration.

That leaves us with the following rule of thumb: if you’re unsure whether the milk is safe to eat, pour it into a glass before using it. That is true whether it is whole milk, skim milk, or nonfat milk.

If you just need milk on occasion, consider buying powdered milk instead of actual milk. This way, you may make as much milk as you need when you need it, without having to worry about it spoiling.

Last but not least, if you feel your milk is contaminated but aren’t certain, trust your instincts and reject it. Better to be safe than sorry.