Hawaiian Coffee: The Story of Coffee in Hawaii 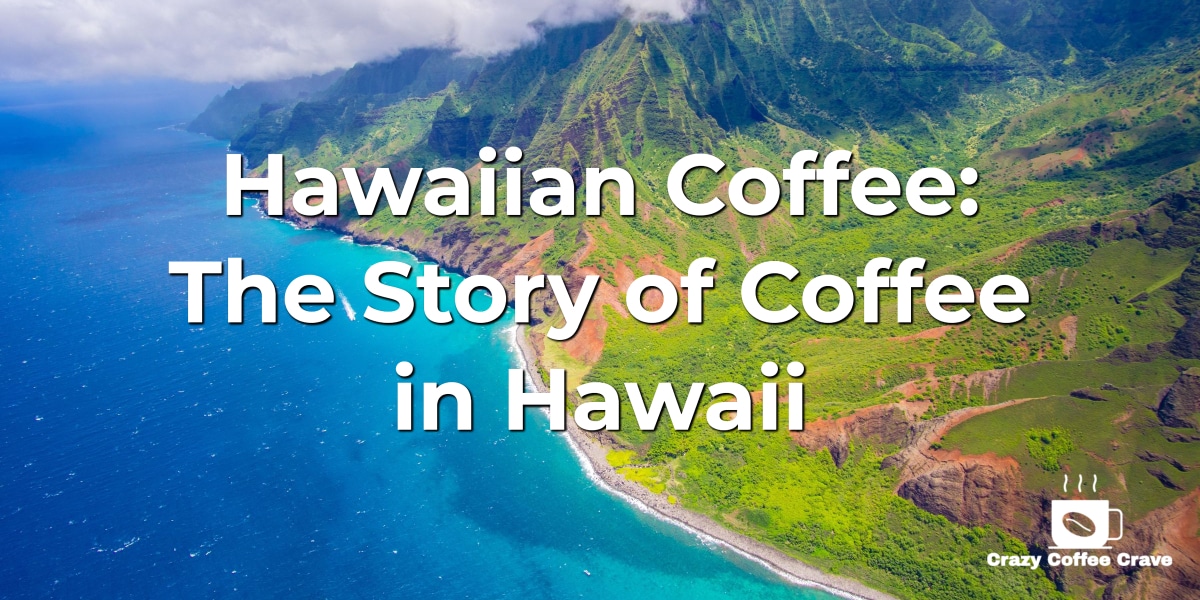 Hawaii is the only state in the US that grows coffee on a commercial scale. The Hawaiian coffee is, however, not a famous specialty in coffee shops. According to a Hawaiian based coffee expert, Shawn Steiman’ “Hawaii grows amazing coffee. Not all coffee is great, however. Farmers think it is special because it is costly, but most coffee is not very good.”

The history of coffee in Hawaii 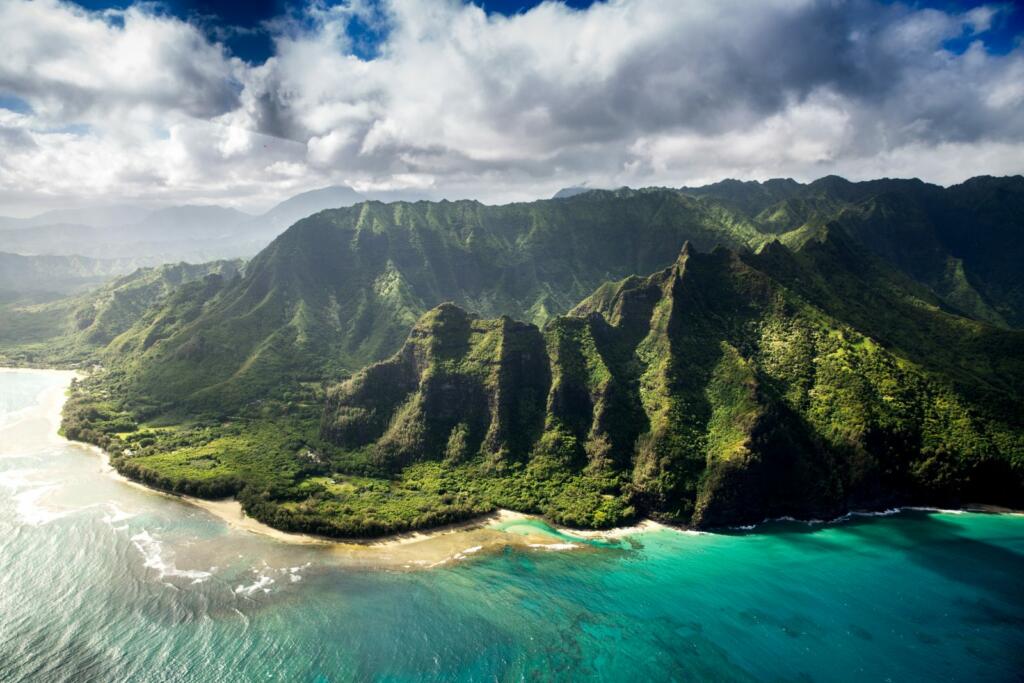 Coffee was first brought to the Kona region of the Big Island in 1813. Toward the end of the 1800s, merchant Henry Nicholas Greenwell had established the region as an internationally recognized brand. According to Juli Burden, a researcher at the Hawaiian Agriculture Research Center (HARC) on Oahu,  until the 1970s, the coffee in Kona was the best as compared to what everyone else was producing. Burden further says the Japanese who moved to this region had access to clean water and other facilities that were not present in other parts. This favoring condition enabled them to produce the best coffee.

In the ’70s and ’80s, attitudes towards coffee quality started to shift due to the rise of the “third wave coffee.” Starbucks and the Specialty Coffee Association led to the rise in commercial access to Kona. Despite the attitude toward coffee quality leading to a rise on commercial success for Kona, a fraction of Kona producers was satisfied with cashing in the region’s brand name.

Steiman further says Kona developed a reputation for over ninety years and that there is nothing inherently special about Kona. It is just a place. The Coffee in Kona does not have a unique taste characteristic. 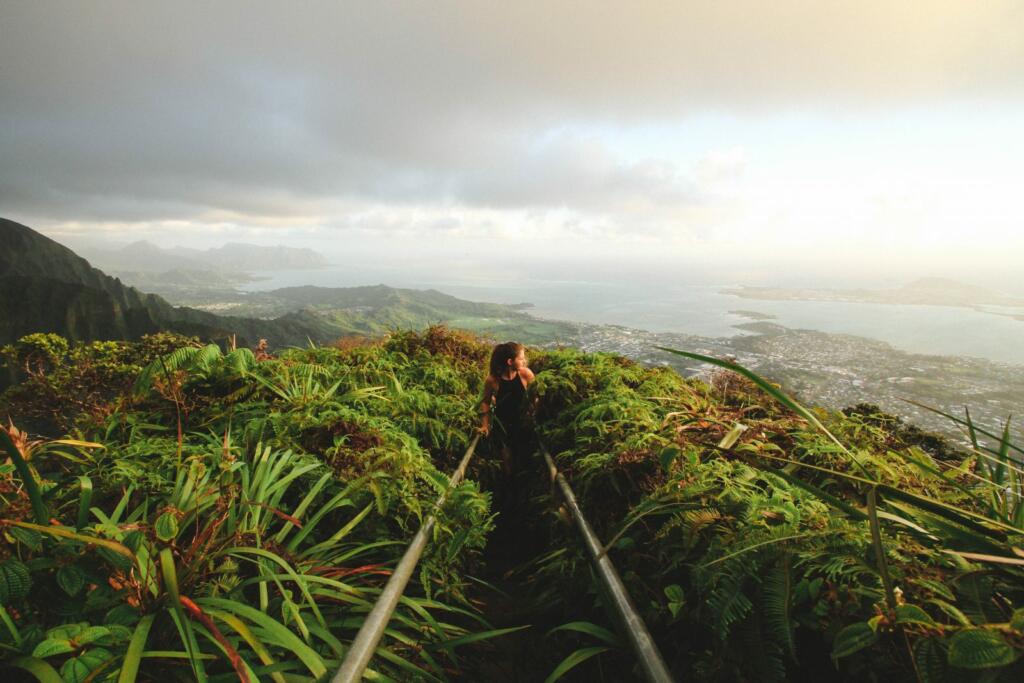 Many framers produce coffee for tourists and coffee blenders. According to R. Miguel Meza, 30% of the coffee produced in Kona stays on the island for consumption by tourists. More than half of coffee beans are sold to Kona blends. Only 10% comes from Kona.

Further, Meza says when you taste the Kona, you can hardly feel the 10%. The taste is affected by the 90% blends, but you cannot eliminate the blends. The market cannot support the eight hundred growers selling one hundred percent Kona coffee.

Initially, sugarcane was the leading cash crop in Hawaii until the ’80s and ’90s. Sugarcane could no longer do well on the hilly volcanic landscape. Kone became a suitable alternative to most farmers and spread beyond the Kona region. By 1990, over 2.8 million pounds of coffee was produced. By 1999, the production hit 10 million pounds. A decline was, however, registered in 2016, where 7.8 million pounds where produced.

Hawaii produces an estimated 0.04% of the world’s coffee. It is one of the reasons why Hawaiian coffee is not common in the mainland. Growing coffee is damn expensive in Hawaii. The average priced for green (unroasted coffee) beans are around $1.50 per pound. For Hawaii’s specialty, it costs over $10. 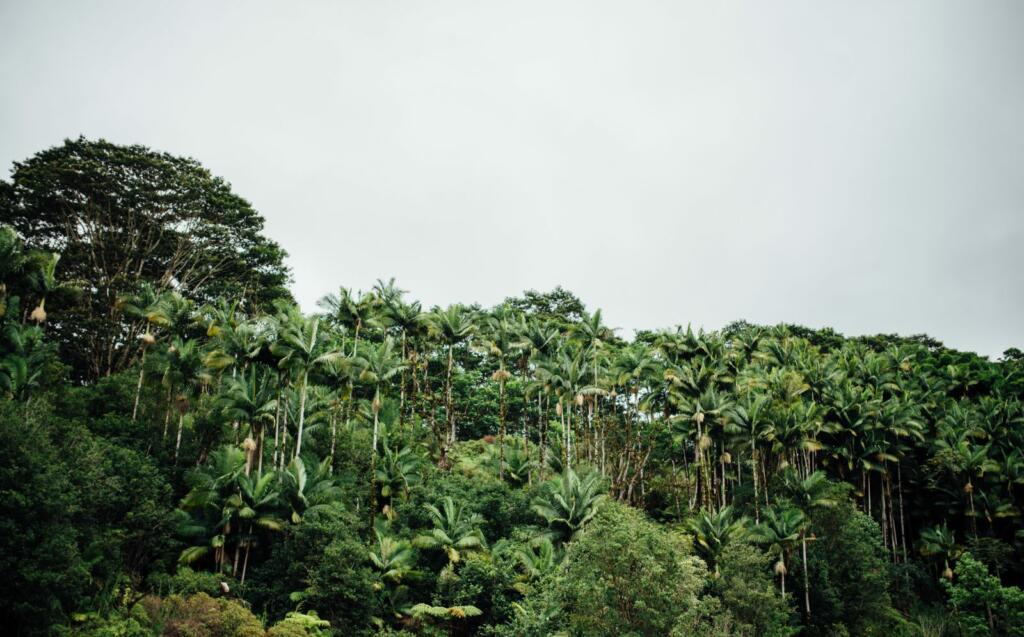 “Hawaii coffee is expensive not because of its taste but because mechanization is impossible. The hilly landscapes of Kona make mechanization impossible”, said Steiman. According to a study by the University of Hawaii at Manoa, labor makes up 40% of operating costs. Coffee pickers in Hawaii are paid a minimum wage of $9.25 per hour.

The coffee borer beetle (CBB) first hit the Big Island in 2010. The pest had infested many coffee-growing regions, but it adversely affected production in Hawaii. Some framers reported up to a 35% decline in yields. The farm manager of the Waialua Estate, Oahu, described it as the worst bug in 42 years. Kauai remains as the only uninfected coffee-growing region.

Proper sanitation is one of the best controls for the CBB. Cleaning leftover berries. For farms where berries are mechanically harvested, many are bound to be left on the ground. Farmers may also spray natural fungus, which is effective but very expensive.

Hawaiian coffee becomes harder for buyers and roasters on the mainland when the prices go up. Jonathan Withers of Toby’s Estate Coffee Roasters explains, “the value-to-price ratio is extremely poor for specialty buyers. Specialty coffee is only eighty-point coffee, the minimum quality. Coffee above that is extremely rare and relies on successful experiments, rarest cultivars, et cetera. For the price of a relatively rare eighty-four Hawaiian coffee, which is perfect for blends, you can get hundreds of Columbia coffees cupping an eighty-seven.”

Quality of the coffee in Hawaii 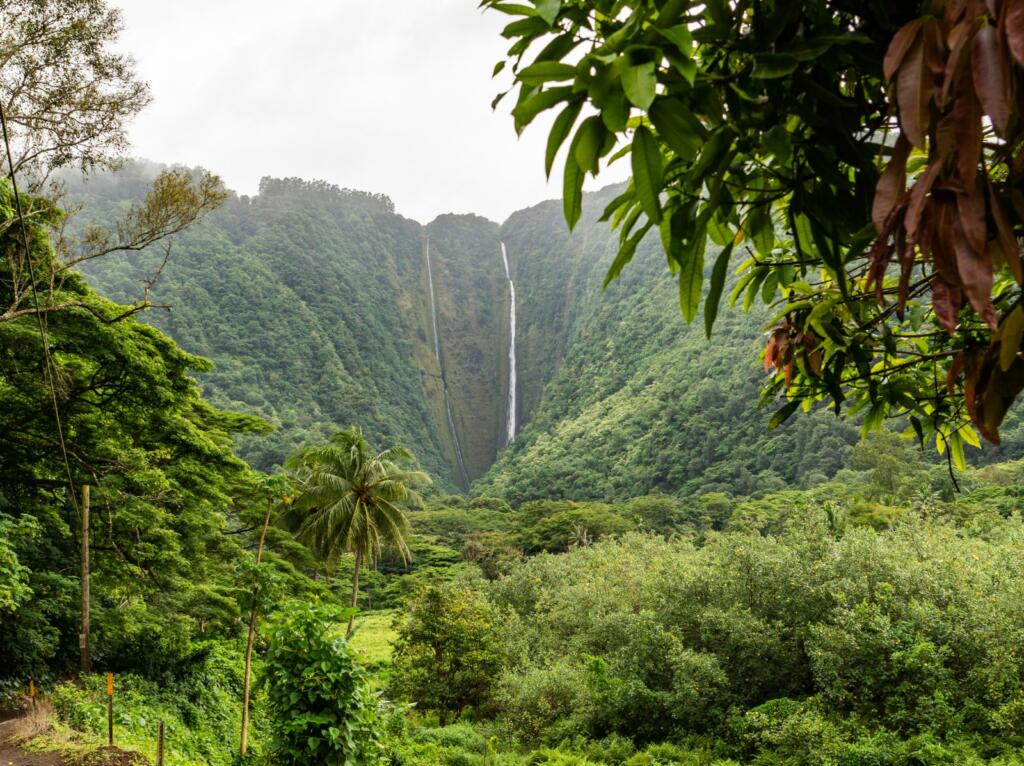 Hawaii can produce exceptional coffee. In 2008, Meza was working for Hula Daddy and helped create Kona Sweet, which scored 97 from the coffee review. It is the highest score the guide has given on any coffee. In 2012, prominent coffee roaster Blue Bottle began carrying coffee from Rusty’s Hawaiian in Pahala. In 2013, Brandon Von Damitz and Kelleigh Stewart, who are a couple behind the Big Island Coffee Roasters, won a statewide coffee cupping contest with their Pink Bourbon variety.

Many researchers in the HARC have been growing a hybrid Red and Yellow Bourbon, pink Bourbon with the intention of providing farmers with high-quality. The varieties are more marketable and disease resistant. Kona Typica is the commonest variety grown in Kona and originated from Guatemala.

HARC special cultivars show how more farmers want to produce more coffee besides Kona Typica. The coffee will be more resistant to hemileia vastatrix (coffee rust). The disease appears as yellow spots on the stem and leaves, thus affecting photosynthesis and runs productivity. While coffee rust has not reached Hawaii, Burden believes it will have a detrimental impact on the cash crop.

HARC research shows that growing coffee under the shade of Koa trees, an endemic species in Hawaii, is beneficial to specialty growers. It is a nitrogen fixer, thus reducing the cost of fertilizer for farmers. The shade keeps the coffee plant cool, which increases cupping quality. Koa tree matures very fast and can be harvested for timber. Its sale may boost a farmer in their operations. Koa is used for furniture and instrument manufacture. Taylor guitars pay up to $300, 000 for a mature Koa tree, which is a great value.

READ Related Article:  All Types of Coffee – Different Ways to Drink and Enjoy Your Coffee - [The Complete List] 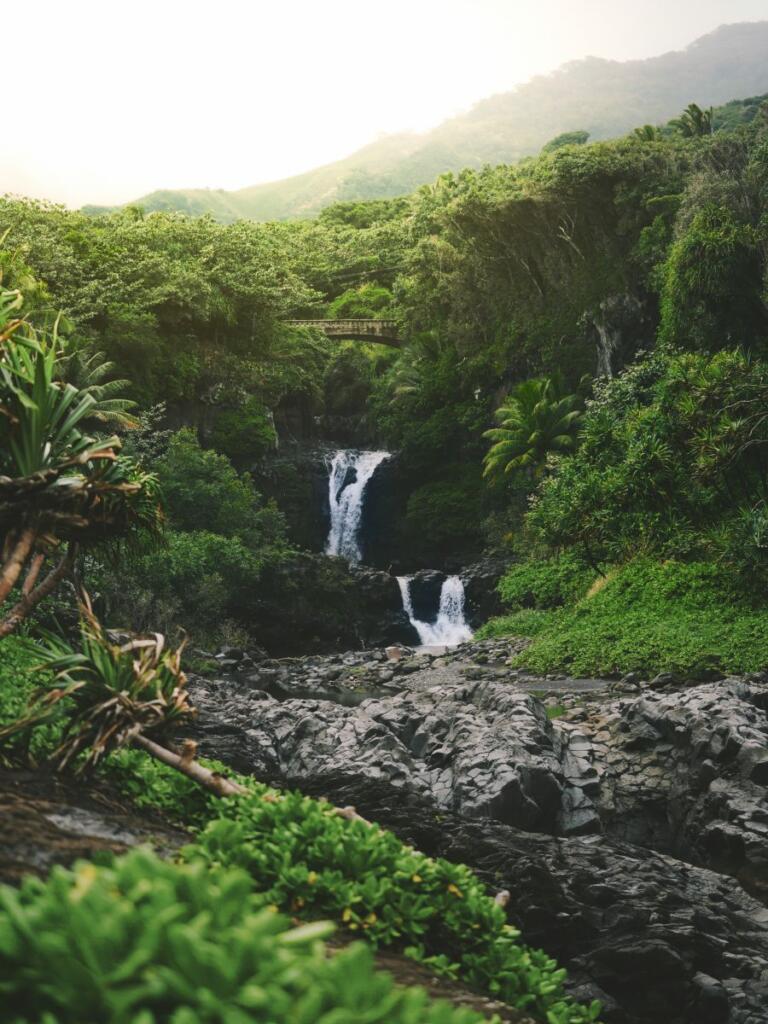 When Damitz and his wife Kelleigh Stewart moved to Big Island, they know nothing about coffee farming. They learned through YouTube and Google searches. They first met some resistance from the Hawaii coffee community. They are now considered great resources by other growers. Their ward in 2013 enabled them to acquire a USDA grant to purchase a coffee grading machine. They give it to fellow farmers free of charge.

Stewart is also a board member of the Hawaiian Coffee Association, which tries to refocus on educating members of better farming methods and processing. So, is specialty growing the way to go for Hawaiian coffee to evolve? For some farmers, they agree, but it is only a small fraction of the coffee industry.

“More framers have more interest in producing geeky coffee than before. The industry will grow if more people with money buy the farms.” Said Stewart. Increased storytelling by roasters and baristas will make the difference in geeky coffee. 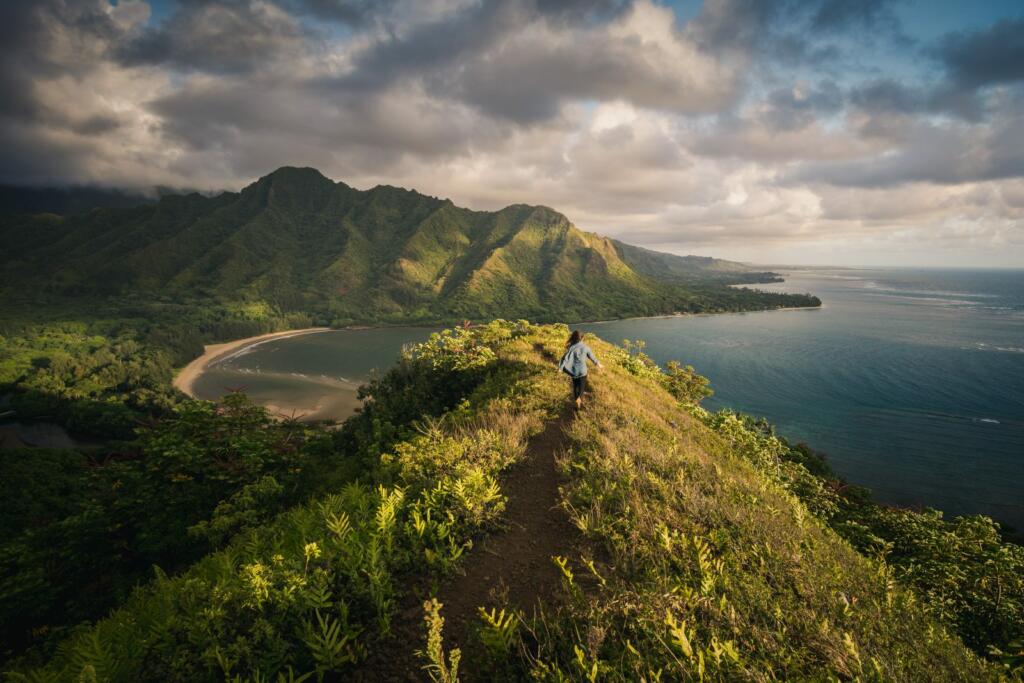 Hawaiian coffee is quite delicious. Due to the high labor costs, coffee producers grow only the highest quality coffee, which fetches high prices.

What are the best coffees from Hawaii?

The magic is in the soil

The volcanic soil on Hawaii islands is rich in many minerals that encourage coffee growing. There is a perfect balance of sun, rain, low winds, and mild nights which are optimal conditions for coffee production.

Coffee grown on higher elevations is more flavored and tastier than one grown on lower elevations. Some coffee from Hawaii is mild in taste and has acidity.

For a cup of Kona coffee, expect to taste brown sugar, milk, honey, chocolate, and a bright fruit flavor. Coffees are bright, clean, and crisp. They are also smooth with a slightly syrupy body.

Other coffees on the island may have bright petals like rose and fruit notes such as blackberry or orange or molasses-like sweetness.

The coffee industry would not have existed without fame or hype. Most coffee farms sell most of their coffee by selling to tourists on the island. Tourists spend huge on the “Kona coffee experience.” Tourists spend between $30 and $50 for a pound of Kona Coffee.

It is very easy to visit farms while in Hawaii for a perfect tour experience.

The current state of the coffee industry in Hawaii

Hawaii is the only coffee-producing state in the US. While California and Florida are trying to grow, the growing conditions are not favorable. Hawaii‘s conditions are natural. 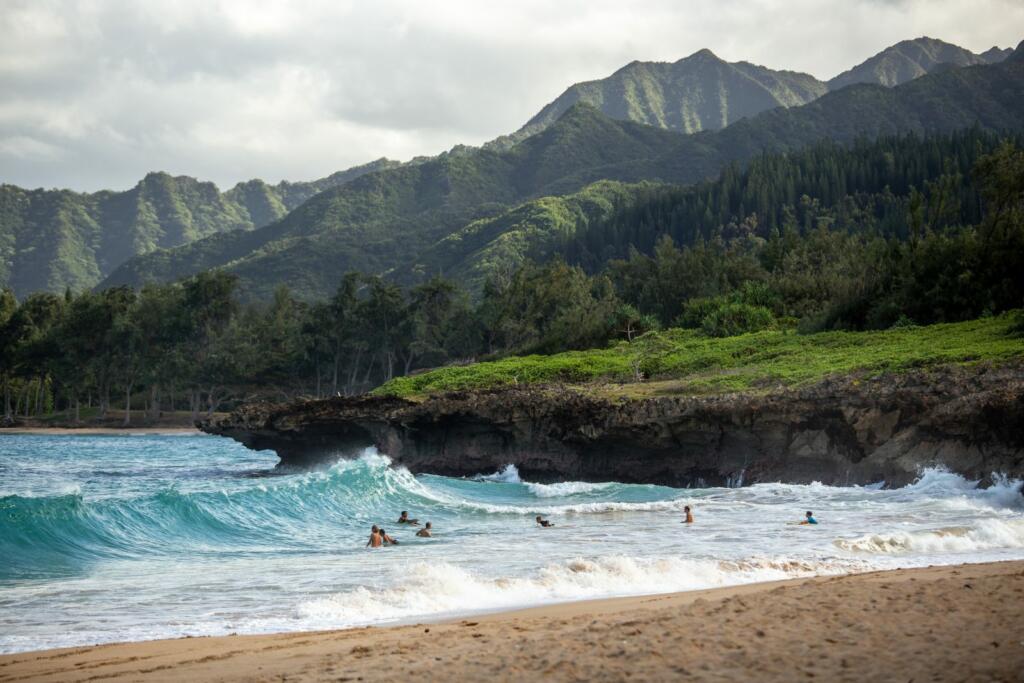 It is grown in over 600 independent farms and within the borders of North and South Kona on the Big Island of Hawaii. Kona coffee has an aromatic flavor and accounts for over half of coffee produced in Hawaii. It is commonly used in making blends. Coffee aficionados consider 100% Kona coffee to be ideal, although some people say it is very strong.

The Kona Coffee Farmers Association provides useful information on tours and tastings at their facilities. If you intend to visit Hawaii islands, ensure you stay around for the Kona Coffee Cultural Festival that happens every November.

Ka’u Coffee is grown on the slopes of Mauna Loa, above Pahala in Ka’u. It is the southernmost district of the Big Island of Hawaii. Ka’u coffee becomes a national phenomenon in 1996 with high placement in the coffee tasting competitions. Its distinctive aroma, smooth taste, and floral bouquet are outstanding features.

You can purchase the Ka’u coffee on Hilo Coffee Mill on the Big Island.

Puna Coffee is grown on the slopes of Mauna Loa. It is full-bodied, heavy with nutty overtones. It resembles the mochas with its medium roast.

On the Big Island, you can purchase it at the local stores, markets, and the Hilo Coffee Mill.

Hamakua Coffee grows on the slopes of Mauna Kea, North in the Hamakua District of Big Island.

It was introduced to the region in 2000 when thirteen farmers planted it on the farms originally owned by Hamakua Sugar Company. About 100-200 acres are harvested annually.

The Hamakua coffee is chocolaty-smooth and rich in flavor. You can buy in the local market, Hilo Coffee Mill, and farmers market on the Big Island.