Does Coconut Oil Go Bad? How Long Does It Last? 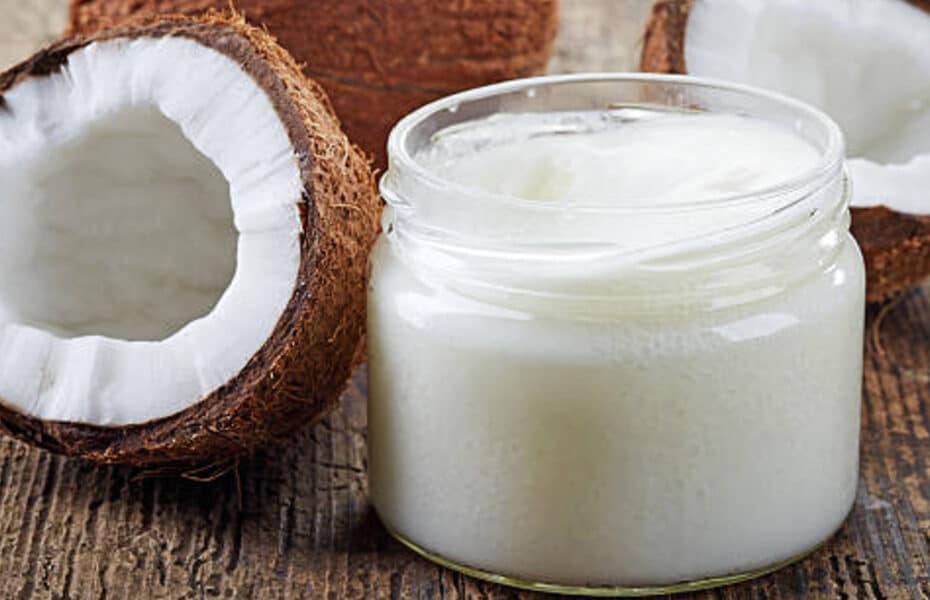 Three months after opening, your first container of coconut oil is half-opened in the storage. The question is: does coconut oil go bad?

Maybe you’re not sure if you can keep it in the pantry or if it needs to be kept in the fridge. In either case, it’s time to brush up on coconut oil storage, shelf life, and deterioration.

How long does coconut last?

A date should be written on every bottle or jar of coconut oil. It will almost always be a “best by” date.

That date is merely an estimate, but it tells you that coconut oil should be at its best until then. The “best by” date is typically two to four years following the date of manufacture.

Coconut oil, of course, does not mysteriously go bad a day or two after that expiration date. It will be fine for months, if not years, as long as no impurities have gotten into the oil. Its quality will gradually decline over time, but it will still be safe to use. Coconut oil is safe to use as long as there are no signs of deterioration.

After you’ve opened the jar, the instructions remain the same. You can keep it for a long time if you want to. It’s not necessary to use it right away.

So, if you’re worried about your coconut oil for your coffee is bad, here’s the actual shelf life:

Why do coconut go bad?

Coconut oil is almost entirely made up of fat, with saturated fats accounting for more than 80% of the total. Half of this saturated fat is in the form of lauric acid, a medium-chain fatty acid. Surprisingly, fiber, cholesterol, vitamins, minerals, and plant sterols are all present in trace amounts.

Unsaturated fats contain double-bonded carbon, which is prone to breaking down in the presence of oxygen, a process known as “oxidation.” As these connections break, the fat decomposes into peroxides, which emit distinctively unpleasant “rancid” odors and aromas.

The process of oxidative rancidity begins when oil is first squeezed and continues throughout time. This process is accelerated by exposure to light, heat, and oxygen.

Coconut oil may similarly be harmed by the oxygen contained in water molecules through a similar mechanism. Hydrolytic rancidity is the term for this. If bacteria or mold invade your oil, the enzymes they generate can also catalyze microbiological rancidity. Of the three types of rancidity, oxidative rancidity is by far the most common cause of coconut oil spoilage. In practice, you can’t halt it, but you can slow it down with careful care.

Is it necessary to keep coconut oil refrigerated?

Otherwise, simply store it in a cool, dark cupboard during the summer. I keep coconut oil in a kitchen cabinet where it stays solid but scoopable for the majority of the year. I’m fine with the oil melting whenever there are two or more consecutive days of hot weather in the summer.

How can you tell if coconut oil is expired, harmful?

It’s simple to tell whether your oil has gone bad by looking at it, smelling it, and tasting it. Here are five symptoms that your coconut oil is stale:

When solidified, good liquid coconut oil should be transparent and milky white. If it has gone yellow, it has most likely expired.

The quality of good coconut oil is smooth. When your oil starts to grow chunky or if unfamiliar substances start to float on top of it, it’s ruined.

Mold might grow in small patches or dark oil streaks in your oil bottle. You never know how much the mold has tainted your oil, so it’s best to get rid of it right away.

Damage to DNA cells and arteries can be caused by harmful free radicals created by rancid oil. They can also act as carcinogens, or cancer-causing compounds. Always keep food safety in mind and avoid using rancid coconut oils.

Coconut oil can be kept in the pantry, the refrigerator, or at room temperature. The most important thing to remember is that its melting point is around 75 degrees Fahrenheit (roughly 24 degrees Celsius). It will liquefy if the temperature in the room where you keep it is too high.

It will be jelly-like in consistency if the temperature is lowered a few degrees. The oil will solidify as the temperature drops further. That implies that if it remains in the fridge for too long, it will harden into a rock. Coconut oil comes in both liquid and solid forms, which you may store. By no means is melted coconut oil bad, and the consistency shift is very natural.

Getting rid of old coconut oil

Expired oil occurs in almost every kitchen at some point throughout the cooking process. Planning your purchase quantities will help you keep the amount of old or poor oil you have to dispose of to a minimum.

Allow for cooling before handling, especially if you’re seeking to get rid of recently used oil. This is, first and foremost, a matter of safety.

Cooking oil burns are very prevalent in household kitchens, and they can be very serious. Working with cooled oil is significantly safer.

Because coconut oil solidifies at temperatures below 75 degrees Fahrenheit, it is considerably easier to handle at lower temperatures.

Pouring old oil down the drain is not a good idea

Some of the most prevalent reasons for clogged pipes include cooking fats and oils. Over time, they might leave a fatty deposit on your pipe walls, resulting in a serious obstruction.

Cooking oil can clog your drain at home, but it can also cause problems with your municipal water treatment system. In one recent case, home cooking grease blocked a sewer connection, causing a 600-gallon wastewater overflow into a neighboring creek in Portland.

Throwing coconut oil in the garbage

The simplest method, while not the most ecological, is to dispose of old oil in a landfill. Before putting your oil in the trash bin, make sure it’s in a sealed, non-breakable container.

This can be done using an old plastic bottle, a peanut butter jar, or a milk carton. Do not dispose of old oil in a garbage bag or can. This may attract unwanted rodents and, if the bag is damaged, will result in a large mess.

Many experts advise against composting your cooking oil because an untrained composter may struggle to get it correctly. Oil is more difficult to decompose than raw fruits and vegetables, according to the Worm Monger composting website. It necessitates more heat and, if done incorrectly, might result in rot and rodents. Adding too much oil to a compost pile that hasn’t been prepared for it will eventually kill it.

In some areas, it is possible to recycle cooking oil

Although not all places have an oil-accepting program, using the Earth911 search engine, you can easily find out if one exists in your area.

When coconut oil melts, does it go bad?

No. As previously said, melting coconut oil is a totally normal process that does not indicate that the oil is harmful. Melting is expected if the temperature where you store it is over 75 °F (around 24 °C).

Is it true that coconut oil spoils if it isn’t refrigerated?

Coconut oil does not need to be refrigerated. If you wish to keep it in the fridge, do so, but it will become extremely stiff. Scooping some of the firm coconut oil won’t be as easy as it should be.

Store coconut oil in the pantry if at all feasible.

What’s the difference between refined and extra virgin coconut oil?

Is it possible to use outdated coconut oil for your hair?