Does cinnamon go bad? The short answer is No. Cinnamon is one of the most widely used spices on the planet. Its subtle and rich aroma is ideal for desserts, hot beverages, and even meat meals!

And for every coffee lover who bought a bad batch of coffee, you know you shouldn’t waste that coffee and throw it away. You can add flavors to your coffee, like adding cinnamon in coffee to at least enjoy it a bit.

There are other uses for cinnamon, like making lattes or cappuccinos, etc. But if you had your cinnamon inside your cabinet for a while, does it go bad?

The great thing about this seasoning is that it lasts a long time and can stay fresh for years. The main drawback is that it tends to lose flavor little over time.

Is cinnamon perishable? So, let’s get this figured out!

How to store cinnamon

Cinnamon is available in powder and stick form. Most of us prefer ground (or powdered) spice since it is more convenient to use. There’s no need to smash it; simply sprinkle a pinch or two over your food or drink.

Those who use this seasoning frequently may question if the methods of storage for these two forms of the identical seasoning are, by coincidence, different.

In fact, both ground cinnamon and cinnamon sticks require the same storage conditions.

Because it is a spice, adhere to the basic guidelines for all seasonings:

According to all that has been discussed so far, it is logical to believe that the pantry is the best place to keep the cinnamon packet. Please keep in mind that this only applies to the unopened packet!

Once the spice has been unsealed, we recommend keeping it somewhere visible and checking on its condition on a regular basis. Assume a kitchen cabinet or a cupboard will suffice.

Another helpful hint: if you bought cinnamon in a soft packet, transfer it to a bottle or jar with a tight top. Such a tank will allow you to keep the spice for many days!

In a nutshell, how long does cinnamon last?

One advantage of spices, particularly cinnamon, is that they have a relatively long shelf life.

Cinnamon is a spice, and as the United States Department of Agriculture (USDA) points out, spices never genuinely ‘expire.’

They are a shelf-stable, non-perishable product that may be securely stored at room temperature.

However, there is a catch. While spices do not per se expire, their particular flavor does.

Each packet, of course, includes a best-by date that indicates when the product will be at its peak quality. Using it after this term has past is usually not suggested because the spice loses a lot of its flavor and scent. It means we’ll have to use a lot more aged cinnamon in our cookery than new cinnamon.

How long is cinnamon good after it has passed its expiration date?

Ground cinnamon has a storage life of 1 to 2 years and retains excellent quality for at least half a year after that date. Once opened, the bag keeps its quality for at least 6 months but is safe to use for much longer. Cinnamon, like other ground spices, has a best-by date printed on the label.

Is it safe to consume expired cinnamon?

If cinnamon has gone bad, the lovely aroma and much of the flavor will be gone. This cinnamon will not kill you, but it will be flavorless. If you want to utilize your cinnamon after the expiration date, simply use a bigger amount to acquire more taste.

What happened to the cinnamon sticks? Do they lose their properties as quickly as ground products? No, sticks are slightly more durable! You may be confident that they will still smell as good as the day you got them, even after two or three years of storage!

Also, keep in mind that if the spice is preserved carefully, it can last for many years!

Is it possible to become sick from expired cinnamon spices?

Dried herbs and spices do not, in the classic sense, expire or “go bad.” When a spice is stated to have gone bad, it simply implies that most of its flavor, strength, and color have been lost. Fortunately, taking spoiled spices is unlikely to make you sick.

Is it possible for cinnamon spices to mold?

Mold not only ruins cinnamon spices, but it can also develop mycotoxins, which can be genotoxic, carcinogenic, or cause food-borne disorders. When keeping spices, keep in mind that herbs and spices have varying water contents and relative humidity levels.

Can I store my spices in the freezer?

While it may extend the shelf life, condensation will cause greater harm. It appears to be a good concept, but it is not.

How can you tell if cinnamon is bad to eat?

Cinnamon is a spice, and it, like many other spices, does not go bad unless water (in some form) seeps into the tank where the seasoning is stored.

Essentially, if we store the goods in accordance with the major rules, it will not deteriorate. However, if any of these conditions are not met, cinnamon can go bad!

What are the most common signs of deterioration for this spice?

If even one of these is spotted, throw out the spice immediately!

Fresh cinnamon has a delicate, somewhat spicy flavor and a sweet, rich scent. If you detect something else, it is likely that the product is faulty.

Is it possible to resurrect an old cinnamon spice?

Yes! With a kick! If you smell a spice and receive an aroma that’s in between strong and weak, crush it in your hands for 5 seconds or heat it slightly in a pan on the stovetop before adding it to a meal. Some of the flavor that has faded will be revived by the heat from your hands or the stove. You should also use more of that spice than is specified in the recipe because it is less strong.

When should I discard my cinnamon spices?

Toss them if they have lost all color or flavor, or if the container has been breached in some way, allowing water or anything else to enter. I err on the side of retaining them.

What can I make with stale cinnamon?

There are many more applications for cinnamon sticks, powder, and essential oil listed below. So, before you go shopping, check out your spice rack.

Look no farther than your spice rack the next time you have a stomach illness. Cinnamon, indeed. For a natural anti-flu cure, prepare tea with cinnamon sticks and honey or cinnamon powder, combine cinnamon with ginger, or add salt and sugar to your cinnamon tea. You may also buy Cinnamon Bark Oil-infused tea and keep it on hand for cold and flu season.

Try a warm cup of tea or milk with a teaspoon of cinnamon to aid your digestive tract after a meal. You can also sprinkle it over your food, such as cereal or toast, add it to your coffee (delicious), or use it to flavor your fruit, such as sliced apples.

Instead of hurrying out to acquire cough medicine when you first notice you have a cold, combine a teaspoon of honey and a 14 teaspoon of cinnamon.

The antibacterial, antiviral, and antifungal characteristics of the combination will get rid of your cold faster than you can sneeze. You should be back to your old self in a day or two. Take this twice a day for three days to be sure.

Prepare to say hello to clear skin by dabbing a little cinnamon oil on acne and eczema. This is less expensive than going to the dermatologist, so it’s definitely worth a go. Cinnamon oil is also beneficial to the scalp, so while you’re at it, massage some onto your scalp and let it work its magic.

5. Diffuse out a light bulb

There’s no need to buy expensive scented diffusers when an ordinary light bulb and some cinnamon oil would suffice. Who would have guessed? Simply put a drop or two to your light bulb after the lights are turned off. When you turn on the lights, you’ll also activate the cinnamon aroma. Warning: It may put you in the need for cinnamon rolls, so keep those ingredients on hand as well.

You may make your own spray air freshener by combining a few drops of cinnamon oil and water—or vodka! Simply spray it in any room that needs a pick-me-up.

8. As a DIY insect repellent

Yes, you can build your own mosquito repellant… and it contains cinnamon. Cinnamon oil, to be specific. You may make a spray by combining Cinnamon Leaf Oil and water, or you can just add a few drops of cinnamon oil to your sunscreen or lotion.

Are moths destroying your clothes? So, take some cinnamon sticks, break them up, and combine them with another spice, such as cloves or rosemary. Then, make small sachets and store them in your clothing drawers and closets as needed. I’ll say this: these smell a lot nicer than moth balls.

Do vanilla extract and cinnamon have a shelf life?

When stored properly in a cold and dry area, pure vanilla extract and cinnamon have an endless shelf life.

What effect does cinnamon have on a female body?

When should you discard cinnamon spices?

Generally, spices are rotten if they contain mildew, clumping, wet dots, or an off-odor. Any evidence of organic growth indicate that the product has been ruined.

Is it okay to consume stale cinnamon?

Generally, old cinnamon is safe to use unless it shows apparent evidence of decomposition, such as mold, clumping, or organic growths.

Is there anything bad about cinnamon?

The spice does cause adverse effects, but only if consumed in excess. Such side effects include liver damage, an increased risk of cancer, mouth sores, low blood sugar levels, respiratory difficulties, and so on.

Is it okay to use old spices?

In general, spices have a lengthy shelf life. They’re okay to use if their taste and aroma are fine and there are no visible signs of rotting.

So, does cinnamon go bad?

No, and as you can see, cinnamon is rather simple to keep, and it is genuinely versatile, as it may be used to make hot drinks, savory meat meals, sweets, and sauces. Furthermore, creating cinnamon water will provide your body with vitamins and beneficial elements that this spice has to enhance your immune system and improve your overall health.

Use it responsibly and with caution, and enjoy this amazing natural product! 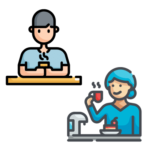