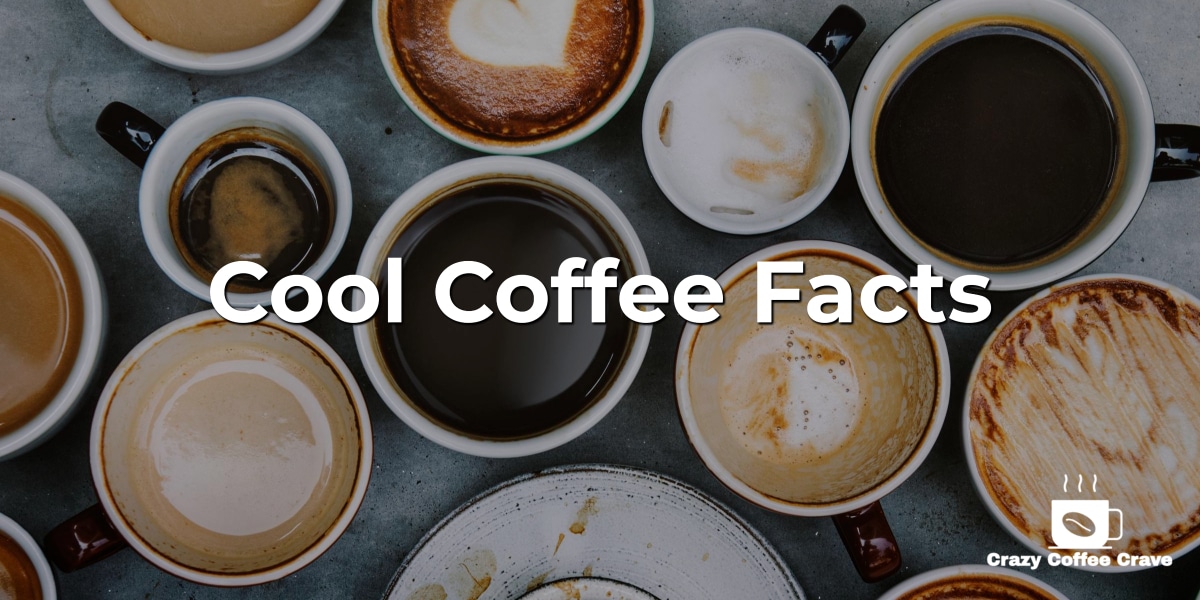 Every day is a coffee day. So to celebrate, we wanted to share some cool facts to help you look cool. If you are excited by this information we suggest you return the favor by exciting your barista‘s with one of these fascinating coffee facts.

Coffee manufacturers sell caffeine to soda and pharmaceutical companies after the coffee beans are decaffeinated.

Instant coffee has been around for approximately 250 Years

Instant coffee initially made an appearance in England in 1771. It was another 139 years that the first mass-produced instant coffee was introduced and patented in the US in 1910.

The average American spends over $1000 on coffee every year

If you believe spending an average of $1092 on coffee makes America the most caffeinated nation in the world. Think again

Finland is the coffee capital of the world 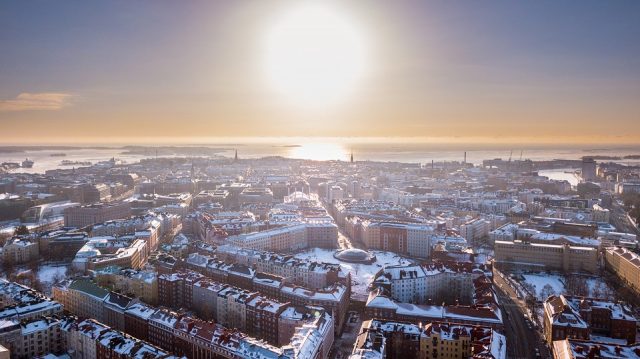 Finland does not produce any coffee beans but it’s citizens consume more coffee — perhaps the most for any country worldwide.

The home of the biggest coffee lovers is finland

The average adult Finn consumes on average 27.5 pounds of coffee every year according to the International Coffee Organization. Americans consume  11 pounds in comparison.

READ Related Article:  Everything You Need to Know about Coffee Farming

The life of Beethoven’s barista

Beethoven enjoyed having coffee but was extremely particular about its preparation insisting that every cup he consumed be made with precisely 60 beans.

Brazilian athletes hustles to the olympics

Brasil couldn’t afford to send athletes to the Olympics in Los Angeles in 1932. So, they loaded the ship with coffee to sell it along the way.

Several attempts have been made to ban the beverage entirely

Governments were attempting to eradicate coffee in the 18th century. They believed it tended to stimulate radical thinking. Sweden in 1746 introduced extreme regulations banning coffee and coffee paraphernalia [i.e. cups and saucers].

Your cat could experience longevity by drinking coffee

This may be a coincidence but the Guinness World Record Holder for “Oldest Cat Ever” — a 38-year-old kitty named Creme Puff enjoyed coffee every morning of her furry little life [apart from enjoying bacon, eggs, and broccoli]. Consider this before you dismiss this information outright. The cat that Creme Puff beat for the record [a 34-year-old cat appropriately named Grandpa Rex Allen] belonged to the same owner and was fed precisely the same diet.

The Women’s Petition Against Coffee in 1674 claimed it was turning British men into “useless corpses” and suggested it be banned for anyone below 60 years of age. 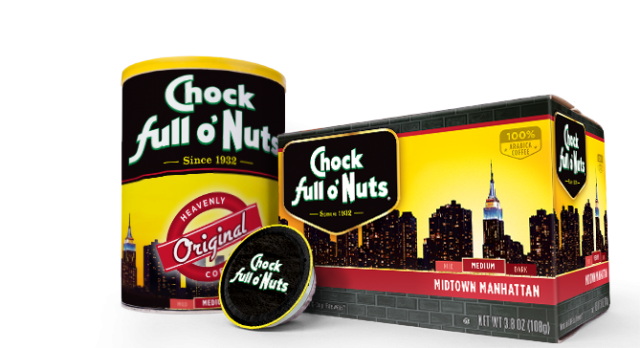 It is named after a chain of nut stores which the founder converted into coffee shops.

The most expensive coffee in the world comes from animal poop

Kopi Luwak the most expensive coffee in the world earns its distinction because of poop. Indonesia has a wild animal called Asian Palm civet (a small critter just like a weasel) eats those bright red coffee cherries. The beans passed through the civet’s systems without being fully digested. Brave coffee farmers collect the beans from the civet’s droppings and hopefully wash them before selling them for $600 per pound.

It wasn’t described as “action-packed” but it allowed researchers at Cambridge to monitor the situation of the coffee in the Trojan Room without having to leave their desks. After the WebCam portion of the Trojan Room coffee pot was completed the pot — a nonworking Krups ProAroma pot which commonly retailed at $50 was auctioned on eBay fetching a price of just under $5000.

Excesses can be bad including your coffee. A video from ASAPSCIENCE determined 70 cups of coffee would be required to kill a person weighing approximately 150 pounds.

Don’t be concerned because you need to consume 30 cups within a short period to get close to a lethal dose of caffeine.

The CIA headquarters has a Starbucks

It is known as “Stealthy Starbucks” by some employees at the Central Intelligence Agency but the employees at the Langley Virginia location are not your regular Starbucks employees. They must undergo extensive background checking and cannot leave their post without a CIA escort. What they don’t have to, is write down or shout out the names of their customers.

READ Related Article:  Does Espresso Have More Caffeine than Coffee

Coffee may be used as fuel for your car

Researchers have been successful in converting coffee into biodiesel and found that used grounds also works.

The Ninth century goat herders noticed their goats were affected by caffeine and appearing to dance after eating the fruit of the Coffea plant. A drink was made by a local monk to help him stay awake at night giving birth to the original cup of coffee. 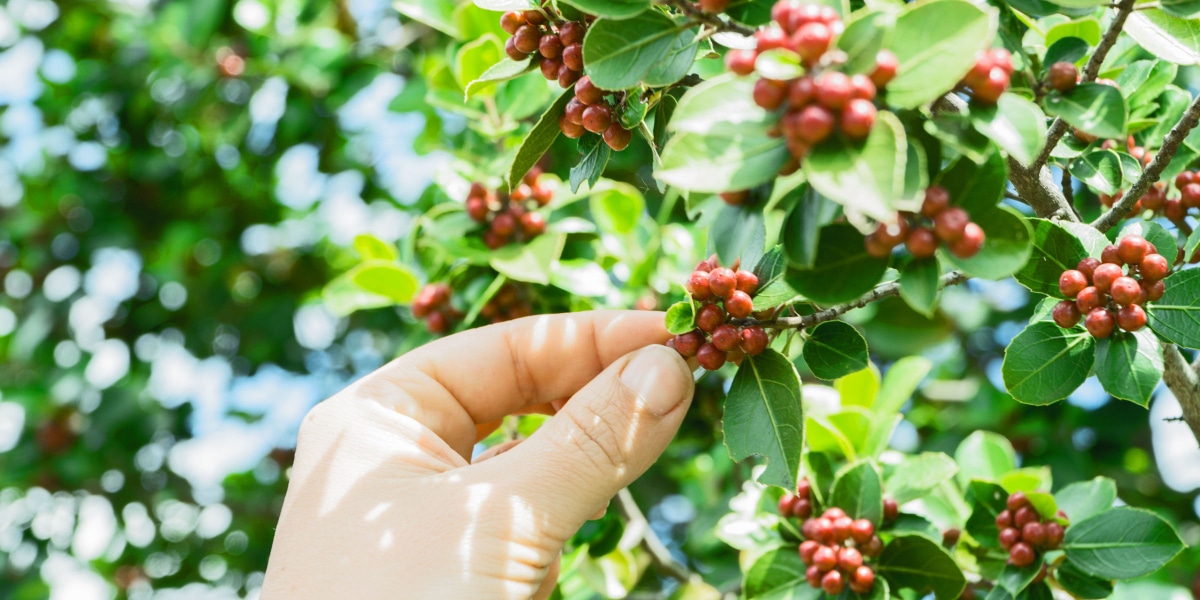 Coffee in its original state looks like cherry berries but are called beans by us because they resemble legumes.

Coffee cherries can be had as food.

In the early days, people mixed coffee cherries with fat creating energy-rich snack ball. The pulp would also be fermented to produce a wine-like drink

There are two main types of coffee being used Arabica & Robusta

Brazil is the number one coffee producer in the world. 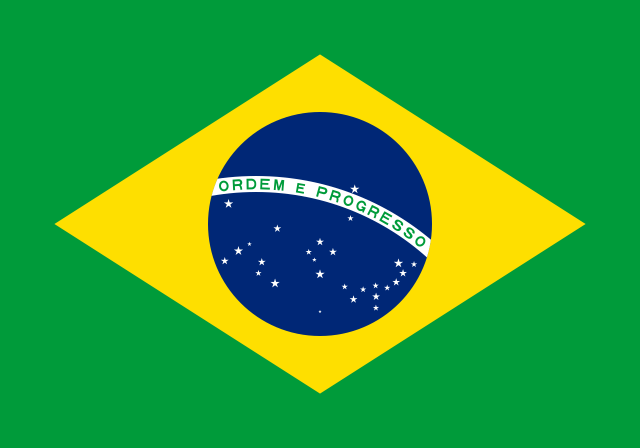 Today, Brazil produces about a third of the world’s coffee supply according to the International Coffee Organization which is about twice as much as the holder of the 2nd place Vietnam.

Only US states produce coffee.

The United States has gifted Kona coffee to the coffee world. Coffee traditionally grows better in climates along the equator and therefore the weather in Hawaii is the perfect place. California has recently entered the coffee game with dozens of farms producing pricey premium bags.

The most expensive coffee in the world cost $600 a pound

The most coveted coffee comes from the feces of an Asian palm civet. The catlike creatures eat fruit and coffee cherries but are unable to digest the beans. The excreted seeds produce a smooth less acidic Kopi luwak but the methods of production have drawn criticism from animal welfare activists.

The leaders in Mecca believed it stimulated radical thinking to outlaw the drink in 1511. Italian clergyman also attempted to ban coffee in the 16th century believing it was “satanic.” It was Pope Clement VII who loved coffee that ended the ban and baptized coffee in 1600.

The Swedish government attempted to make both coffee and any paraphernalia (including cups and dishes) illegal in the 18th century for its inferred ties to insurrectionary sentiment.

Research has linked moderate consumption about 3 to 4 cups per day, with a longer lifespan along with a reduced risk of cardiovascular disease, type II diabetes, and Parkinson’s Disease.

The largest coffee is a 9-foot tall cup.

The Boston Tea Party assisted to popularize coffee in America.

It became patriotic to sip coffee in the lead up to the Revolutionary war. Coffee became more pervasive during the Civil War because it helped to energize tired troops.

READ Related Article:  Salt in Coffee: Why You Should and Why Others Do It

Decaf does not mean caffeine-free.

An eight-ounce cup of brewed decaf contains 2-12 mg of caffeine. In contrast, a regular cup of coffee supplies around 95 to 200 mg while a can of cola has about 25 to 35 mg of caffeine.

The word “coffee” is derived from the Arabic equivalent for “wine.”

Qahwah assumed the name kahveh in Turkish and koffie in Dutch from where we have got the English word coffee.

About 29,000 locations are now available around the globe.

Teddy Roosevelt the 26th Pres. of the United States loved coffee a lot and one of his sons described his custom cup as “more in the nature of a bathtub”. On a visit to Andrew Jackson’s former estate in 1907, the commander-in-chief supposedly dubbed a couple of Maxwell House coffee “good to the last drop” which is a catchphrase used even today.

With more than 12,500 restaurants worldwide in 46 countries, including more than 9,000 restaurants in the U.S. It sells about 2 billion cups globally sufficient for customers to pick each option 80,000 times.

Beautify your skin with coffee grounds.

Use your leftover beans for a DIY scrub. “Coffee grounds are physical exfoliators capable of lifting off David skin cells to make the skin feels smooth and look brighter” mentions Good Housekeeping Beauty Lab Chemist Danusia Wnek. Caffeine is also beneficial to improve blood circulation in the skin but significant clinical data isn’t available on its use as topical products.

Sorry. No data so far.