Coffee Substitutes If You Ran Out of Coffee 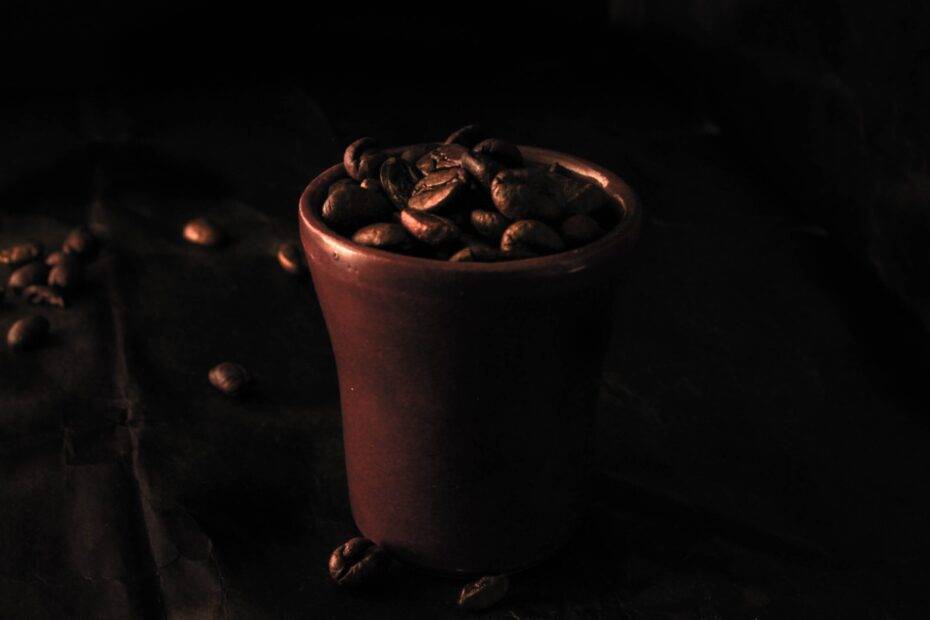 For some people, coffee is the first thing they brew in the morning, but there are plenty who don’t. If you’d rather not give up your morning cup of coffee, there are plenty of coffee substitutes that will still get you up and going.

The 95 mg of caffeine per serving might cause uneasiness and agitation, often known as “the jitters,” in some people. Others may have nausea, vomiting, or headaches from drinking coffee.

If you belong to these people who experience “jitters” and want to cut down on coffee intake, this article is for you.

Have you decided to get healthier and eat better? You may be trying to cut down the caffeine in your diet, and if you love a cup of coffee in the morning, that may be easier said than done. Though there is always the decaf option, some folks prefer a less-processed alternative to their morning cuppa.

Most coffee substitutes use some roasted grain in place of coffee, and most are “instant.” Meaning they are not brewed but stirred in with hot water. Few of these substitutes taste like coffee, which is not the point. You can enjoy these drinks instead of coffee, but not imitate the actual taste.

They will likely have a “grainy” taste—as in roasted grain, not a grainy texture. So don’t be surprised if you try any of these products and find they don’t fool your taste buds into thinking they’re coffee.

Another great feature of a caffeine-free substitute is sharing it with your children. My daughter is always curious about what I am drinking, and I hate to give her the “not for kids” line when she wants to taste it.

Having a cup of coffee as a part of your daily routine makes it difficult to put it down. However, if you want another alternative for this daily dose of energy, you can try any of these suggestions.

This isn’t a specific product but a popular natural substitute for coffee. You can buy it in most bulk food stores. Roasted chicory has long been used to brew a hot drink and is still used today. The chicory plant has a long, heavy root (like a dandelion) that can be roasted and ground up. Roasted chicory looks identical to coffee and is brewed in the same manner.

It is readily available in pre-ground and roasted form, making it simple to make. Use a filter coffee maker, French press, or espresso machine to brew it like ordinary coffee. Use 2 teaspoons of grinds for every 6 ounces (180 ml) of water, or vary this ratio to suit your taste.

Inulin, a fiber in abundance in this food, is another benefit. Because of its ability to promote the growth of good bacteria like Bifidobacteria and Lactobacilli, this soluble fiber helps with digestion and gut health.

It is worth noting that chicory root might cause upset stomach in certain people. Even while inulin is good for your health, it may cause gas and bloat. In addition, if you’re pregnant or breastfeeding, you should avoid consuming this because there isn’t enough study on its safety.

The taste is pretty strong and can be a bit harsh. However, there are other ingredients like this that you can try for “coffee brewing” that aren’t branded products. For example, roasted dandelion root or malt barley can be found in bulk food places. You may want to experiment a bit to get a blend you like.

Brewed cacao is different from cocoa. The brewed cacao satisfies your mocha cravings without coffee consumption. In addition, brewed cacao is packed with antioxidants, magnesium, and phenylethylamine, all of which help improve the immune system.

Moreover, a naturally occurring stimulant in cacao called Theobromine opens blood vessels without activating the central nervous system and has a longer duration than coffee.

In contrast to brewed green tea, the antioxidant epigallocatechin gallate (EGCG) in Matcha tea is significantly more concentrated. Observational studies have shown that regular use of green tea may lower your chance of developing high blood pressure.

The Camellia sinensis plant’s seeds are steamed, dried, and ground into a fine powder to make matcha. Matcha has a higher caffeine content than conventional green tea and coffee because it is made from the whole leaf. The dosage in a cup can range from 35–250 mg, depending on the manufacturer.

The health advantages of green tea surpass those of any other type of tea due to its little processing. Research shows drinking green tea can help prevent type 2 diabetes and heart disease, among other health benefits.

Caffeine, included in green tea, has enhanced mental clarity and boosted metabolism. If you want to reap the most benefits from Green tea, it is recommended that you drink at least three cups a day, but no more than five.

Studies also revealed that green tea drinkers are less likely to develop malignancies of the bladder, breast, uterus, lungs, stomach, pancreas, and colon. Green tea, in addition to its numerous health benefits, is an excellent alternative to coffee.

Lemon water is low in calories and caffeine and is packed with vitamin C. Vitamin C is an antioxidant that aids the immune system and shields the skin from the damaging effects of the sun. Collagen, the protein that makes up your skin, tendons, and ligaments, depends on it.

A half-lemon (1 tablespoon or 15 ml) in cold water offers 10% of your recommended daily vitamin C intake in only one serving. If you want to improve the taste, you can include Cucumbers, mint, watermelon, and basil for various options.

A long-favorite brand of a coffee substitute made with powdered roasted grains. You add a spoonful to hot water and stir. No brewing. It dissolves well and makes a natural hot drink that tastes like grain or hot cereal.

If you’d prefer not to start your day with coffee, consider mixing yourself a smoothie with various natural energy boosters. Carbohydrates, fiber, antioxidants, and protein are all found in smoothies, making them an excellent way to start the day. In addition, smoothies fill our diet’s lack of fruit and vegetable intake. If you’re looking for a quick and easy way to eat more protein, try adding some yogurt.

Caffeine-free golden milk is a delicious alternative to coffee. You can add spices like ginger, turmeric, cinnamon, black pepper, cardamom, vanilla, or honey. Turmeric’s active ingredient, curcumin, may have anti-inflammatory benefits in addition to its golden color. Black pepper and fat both aid in the absorption of curcumin.

Teeccino is a new “herbal coffee” brand that comes in a wide range of flavors, such as vanilla nut and chocolate mint. They also have organic varieties. They claim that it does taste just like coffee. It’s made with roasted nuts, grains, and even fruit. You brew teeccino just like regular roasted coffee.

As the name suggests, the Yerba Mate plant of South America produces Yerba Mate Tea. It has Theobromine, a naturally occurring stimulant also found in chocolate. It provides a more sustained and less jittery energy boost than coffee.

Masala chai is a black tea with a strong spice flavor and a milky aftertaste common in Indian households. Its caffeine content is like most black teas but is higher than that found in a cup of normal coffee, but not by much. Cardamom, cinnamon, ginger, and cloves are some of the most common spices used to enhance the flavor of chai.

The benefits of masala tea include better heart health, lower blood sugar, less nausea, better digestion, and weight reduction assistance. In addition, you can create your delicious masala chai at home using masala concentrate and milk of your choosing.

Rooibos, sometimes known as red tea, is a naturally caffeine-free beverage with South African roots. According to one study, rooibos may help prevent heart disease, while another revealed that it may help reduce cancer risk in test-tube studies. It is possible to over-steep Rooibos, however, this does not result in a bitter flavor. In fact, the flavor of rooibos is a little sweet and fruity.

Rooibos is a good source of other antioxidants, despite its low tannin concentration. While tannin antioxidants in coffee and other teas can be beneficial, they can potentially interfere with iron absorption in rooibos.

Figs are naturally devoid of caffeine, gluten, lactose, and refined sugar, making fig coffee a delicious alternative to standard java. Aside from potassium and iron, figs are also high in vitamins A and E and alkaline, all of which are abundant in figs.

Crushed apples are fermented with yeast and bacteria to produce apple cider vinegar (ACV). According to several research, acetic acid, a molecule that may improve insulin sensitivity and blood sugar levels, is produced during this procedure. In addition, ACV may help with minor weight loss by increasing feelings of fullness after meals, though this has not been proven.

ACV should only be consumed after being diluted. Acetic acid, which makes up 4–6 percent of ACV, might irritate the mouth and throat. You should swish your mouth with water before and after drinking ACV to prevent dental enamel from being worn away.

Drinking 20 grams (0.5 teaspoons) of ACV before a meal decreased blood sugar levels by 64 percent in persons with insulin resistance. Type 2 diabetes patients, on the other hand, did not experience this effect.

Several studies in animals and test tubes have suggested that Kombucha may help persons with diabetes’ immune systems and their cholesterol and blood glucose levels. On the other hand, human health advantages are mostly based on anecdotal evidence.

If you want to reap the health advantages of Kombucha, you’ll need to consume it in the form of tea. To make Kombucha, black tea is fermented with probiotics, yeast, and sugar. A SCOBY, or symbiotic colony of bacteria and yeast, is formed during fermentation.

You shouldn’t try to make your Kombucha because of the potential bacterial infection. On the other hand, numerous commercially available types don’t carry the same level of risk.

Despite its many health benefits, coffee may not be right for you. However, there are several different choices available. Many even offer benefits that coffee can’t deliver, such as antioxidant-rich herbs and spices, probiotics, and acetic acid. Among the beverages we’ve included on this list are the above ones that are healthy alternatives to coffee.