Coffee is a staple in American culture. It fuels our mornings, our commutes, our workdays, and even our casual afternoons. Coffee can also be a great way to enhance social interactions and conversations. Unfortunately, many terms describe coffee that even the most well-versed barista can get confused about. Here are some of the most common words and phrases related to coffee.

I did my best to find the origins of each slang word mentioned here. Don’t blame me if it’s not correct. You can send me a message here, and I’ll be happy to add that if it’s true.

The phrase “cup of joe” has multiple meanings. According to one theory, it was named after a Navy general named Joe who told sailors, “No more booze, only coffee from here on out.” According to a second theory, Joe is an ordinary man’s name, and coffee is his drink. A third theory, based on our penchant for shortening words, contends that “joe” is an abbreviated version of the words “java” and “mocha” combined. Please read our article to learn more about how it all began.

Java is neither a particular form of coffee drink nor a method of making it––in fact, the word derives from the history of coffee. The Dutch brought coffee to Southeast Asia in the 1600s and planted coffee plants in places like Bali and Sumatra, as well as on a small Indonesian island called Java.

“Mud” and “dirt” are pretty obvious nicknames. Coffee, mud, and dirt are all brown, but the slang is most likely derived from bad coffee that is heavy with grounds. So if anyone refers to the coffee you made as “shit” or “dirt,” you should brush up on your barista skills. However, Turkish or cowboy coffee is boiling coffee with water so it can turn into a mud-like drink.

Dirty bean water is mainly used for unfiltered coffee, but if the “dirty” element is removed, it may be used for any coffee.

But technically speaking, coffee is a fruit, so it’s more of a dirty juice than a dirty bean 🙂

Although you can’t juice a coffee bean like a lemon, you can still produce a fantastic cup of bean juice, or the technical term would be extraction.

Oddly enough, there are some companies selling coffee bean juice 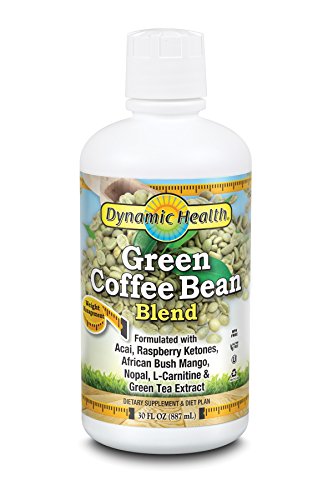 Not to confuse you with the 2005 film, the 2019 film Dark Waters, or the coffee company. But, unfortunately, I can’t find anything about its origin.

Some people drink coffee just for the energizing effect caffeine has on their bloodstream. On the other hand, caffeine may raise your heart rate and blood pressure, giving you a jittery or jumpy sensation. Nonetheless, caffeine addicts will be queuing for their fourth or fifth cup of high octane before lunchtime.

You might not come across this slang term for coffee unless you read this article and decided to try it. Just put on some eyeglasses with a pen protector sleeve. But you can play it cool, sound overly smart, and be pretentious.

This one is mainly used by people who are very sensitive to caffeine. Mostly because drinking a cup of coffee to them feels like being hit by lightning. Both mess with your heart, that’s for sure. Unfortunately, however, this term isn’t that popular and becoming extinct.

This is another little perplexing coffee slang word. When you hear someone refer to their coffee as a “Baltimore,” it most likely indicates it’s half regular and half decaf. This may be a good compromise for folks who want a coffee later in the day but don’t want to risk staying up late at night due to caffeine. This, like many other coffee phrases, is not exactly clear how it came to be. However, it’s generally safe to conclude that it all started in Baltimore.

This one was used in the introduction. This phrase is very British; since it is British, it refers to a cup of tea rather than a cup of coffee. So, do it like the Brits; they drink so much tea that I am assuming this was meant for those who consume as much coffee as the Brits make their tea.

This is a term that is often used to refer to coffee. Since it simply explains what you’re doing (brewing) and when you’re doing it (morning). It does, however, have certain witchy undertones. Witches like brewing their beverages. And coffee does, indeed, touch that enchanted spell-like sweet spot.

There are two words for coffee “java” and “mocha.” In the late 1800s, some folks couldn’t determine which one sounded calmer, so they invented the clipped compound jamocha.

It has the sound of a ja-joke-a.

Over time, the name was tainted by the word “moke,” and the derivation “jamoke” was employed as an insult.

Jamocha, on the other hand, was an innocent, though repetitive, the name for coffee when it first entered use.

Arbuckles became a slang name for coffee among cowboys. The name of the coffee brand was utilized on the path. Arbuckles was known as cowboy coffee because it was sold in patented airtight one-pound bags of beans in a solid wooden box of 100 packages that kept the coffee fresh.

Other slang terms for coffee would be how they appear, just like “mud,” so no origin story here:

Yes, yes. When you say let’s go to Starbucks, you mean, “let’s grab a cup of coffee.

Coffee jargons and their definitions

If you click on the Amazon link or Add to Cart and make a purchase, we earn a commission at no additional cost to you. Last Update: 2022-09-28