What is a Caffe Misto? How to Make This Coffee at Home? 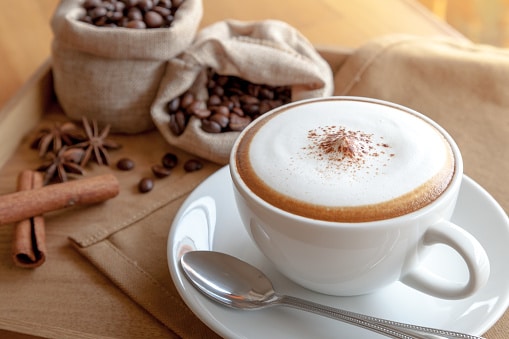 A caffe misto is a popular drink made with brewed coffee and steamed milk. It means “coffee with milk” in French, which is exactly what it is.

In contrast to a latte, the coffee in a caffe misto comes from a French press or is drip-brewed. It’s a simple beverage at home because there’s no specific way to mix the coffee and milk.

Some coffee shops steam the milk for a frothier texture, while others heat it. It makes no difference how the milk is heated for a coffee misto as long as it is hot and foam-free. It’s not to be mistaken with flat white coffee, made with cold milk rather than hot.

What is its origin?

According to various reports, our beloved coffee and milk combination originates in China. Around 1660, Johan Nieuhof, the Dutch ambassador to China, is said to have tried the mixture for the first time. The presence of coffee with milk in a cafe setting, on the other hand, is credited to a Polish store owner in Vienna.

Although the origins of café au lait (popularly known as Café Misto by Starbucks) are unknown, it is thought that the term originated in France during the 17th century. In the letters of Marie de Rabutin-Chantal, the marquise de Sevigne, the drink is mentioned.

What is the flavor profile of caffé misto?

Caffé Misto features a comfortable, no-frills appearance. Sure, it’s not as artful as a latte, but the overall integration of the coffee and milk gives it a pleasing appearance.

It will have a strong coffee flavor (which can be bitter if you use a French Press) but a smooth finish. The lactose (milk sugars) becomes more soluble when the milk is steamed, resulting in a sweeter blend.

Due to the microfoam formed by the steam wand, the milk texture is also noticeably different from when you add milk to coffee.

The difference between a café latte and a Caffé Misto is so chaotic that some people mistake them for the same! This is understandable given that the names of both drinks translate to “coffee with milk” in different languages. However, you should be aware of a few subtle differences between a latte and a café au lait.

The major difference between a Misto and a latte is how the coffee is brewed. A Misto is either French-pressed or drip-brewed, unlike a latte made with espresso. An espresso machine makes making crema easier, which is a key component of latte art. Despite their external closeness in appearance, a latte is often more expensive than a Misto because of the use of espresso.

What about the caffeine content, though? The following comparison is based on a Grande (16 fl oz) Starbucks serving:

Please remember that the caffeine content of café au lait varies depending on the brewing method (drip brewed coffee has more caffeine!).

One of the most significant factors in coffee brewing is the ratio of the ingredients. The two main ingredients (coffee and hot milk) are blended in a 1:1 ratio for a Caffé Misto.

A latte, on the other hand, consists of three primary ingredients: a rich shot of espresso (1/6), hot milk (4/6), and a thin layer of foamed milk (1/6, which is thinner than that of a cappuccino). This masks much of the espresso’s stronger taste, leaving the cup with its signature mild, smooth, and refreshing flavor.

What are the differences in milk?

Now that you’ve gotten a brief overview of these drinks, it’s time to dig deeper into the differences.

The milk and its preparation are among the most significant differences (along with the type of coffee used). Take a look at the differences below:

The amount of milk in these drinks is the next significant difference. This varies depending on the coffee shop, but for the most part, it’s the difference in milk:

Because of the disparity in milk amounts, there is also a difference in taste. The latte has more texture than I mentioned at the beginning.

Caffe au Lait is a relative of caffe latte and caffè misto in France. Described, it’s a combination of drip coffee and milk. However, the ratios vary greatly depending on personal liking. To some extent, cafe au lait is a homemade coffee drink, but it is also served in most coffee shops in France, especially for breakfast.

Apart from the coffee-to-milk ratios, the main difference between cafe au lait and caffe misto is how the milk is prepared. A caffè misto has frothed milk, but a cafe au lait has warm milk that hasn’t been frothed.

When we only consider the milk-to-coffee ratio, comparing cappuccino with caffe misto makes sense. Cappuccino, like caffe latte, is an espresso-based drink, but caffe misto is made with drip coffee.

It’s strange to predict the flavor of a coffee drink based on coffee-to-milk ratios. I could get elitist and discuss processing methods, roast type, and brew strength.

However, it has a strong coffee taste and appears darker than a latte if you use a strong drip coffee with twice as many scoops as usual.

To be sure, a decent caffe misto takes a strong drip coffee. But, in the next section, we’ll get to it.

How to make a caffe misto

Making a caffe misto at home is easy, and it doesn’t require a sophisticated machine or steam wand. The first step is to make your coffee however you like it. Use a French press, pour-over, or drip coffee using your favorite coffee beans.

Heat your milk while the coffee is brewing. Heat it on the burner and stir it with a whisk to get that textured milk to feel. It doesn’t have to be scorching hot; it only needs to be warm enough to add to your coffee.

Fill your cup halfway with coffee and the rest with hot milk after brewing. Then it’s time to drink your caffe misto! The step-by-step instructions are repeated below if you enjoy numbers.

Can I make my caffe misto with more ingredients?

Yes, to put it briefly. Coffee and milk are the basics of a caffe misto, but you may sweeten it with flavored syrups like pumpkin spice, vanilla, or hazelnut. A spoonful of whipped cream on top of your espresso misto might also give it a richer texture.

A latte may be made in the same way, except you’ll need a steam wand to properly froth the milk at home. Experiment with different flavorings to find your ideal cup of coffee.

Is there sugar in caffe misto?

Caffe Misto is not sweet and contains no sugar, but you can add your favorite sweeteners and toppings for a small fee when ordering at Starbucks.

Similarly, you can sweeten caffè misto to your liking when making it at home. Vanilla syrup is a popular sweetener, but any of its substitutes can be used instead.

Is white coffee the same as cafe au lait?

White coffee differs from cafe au lait in that it is topped with foam, whereas white coffee is usually just coffee and hot milk without foam.