What Happens to Your Blood Sugar Level After Taking Coffee 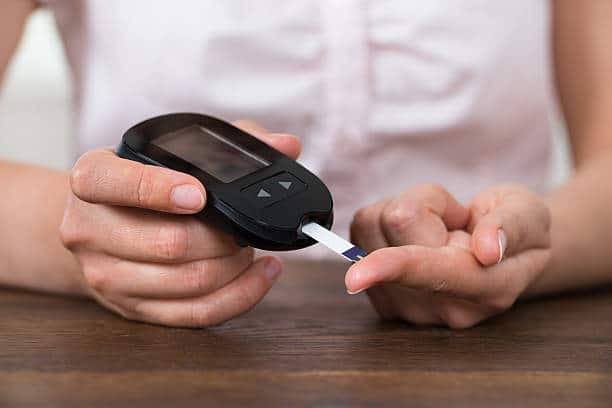 Coffee is a drink that many people appreciate. However, if you have diabetes and other illnesses, you should first consult your healthcare provider before consuming this caffeinated drink.

Coffee is known for its antioxidant properties, but it also contains caffeine as well as vitamins, minerals, and bioactive components. The antioxidants found in this beverage include Ferulic. Chlorogenic and N-coumaric acids

How coffee affects your body

Coffee has an effect on your metabolism and organs, to name a few.

Longer-term effects on metabolism may be provided by other chemicals in coffee and tea besides caffeine.

While it’s primarily broken down in the liver, it can also have an impact on other organs and systems such as the brain, heart, lungs, and respiratory system, as well as the kidneys. Even in terms of how it affects athletic performance, it differs from person to person.

It has been shown in previous studies that people with diabetes may have an increase in blood sugar levels if they consume too much coffee. There is yet another study published in the Journal of Clinical and Diagnostic Research in January 2015, which suggests that caffeine use can really enhance blood sugar control and prevent diabetes-related problems.

Hence, drinking coffee, whether caffeinated or decaffeinated, may lower your chance of getting type 2 diabetes, according to some research. In the end, it may come down to the individual.

How caffeine keeps you awake

On a scientific perspective, caffeine keeps you awake because of the processes it undergoes in your body.

Adenosine, a neurotransmitter in the brain, serves as a sleep aid by reducing the activity of neurostimulators like dopamine, which in turn promotes peaceful sleep. Caffeine can interfere with adenosine’s capacity to suppress dopamine by attaching to its receptors.

Caffeine is metabolized by the liver primarily into a metabolite called paraxanthine, which has been shown in trials to be an effective adenosine inhibitor. As a result, caffeine’s insulin-stimulating effects may continue longer than would be expected given the caffeine relatively short half-life.

Another way caffeine gives you an energy boost is by increasing the quantity of epinephrine (a.k.a. adrenaline) in your blood. Epinephrine has also been linked to insulin resistance, impaired glucose management, and a rise in blood glucose levels. Caffeine, on the other hand, has been demonstrated to have little or no influence on epinephrine’s ability to affect glucose levels.

When it comes to the health benefits of coffee, it’s easy to get tangled up in the debate. Because of our unique genetic makeup, the way we react to caffeine’s stimulant effects and the accompanying adverse effects might vary widely across individuals. After just 15 minutes, the effects of coffee begin to take hold in our bodies.

Does caffeine have an impact on blood sugar levels?

The typical caffeine intake of an adult in the United States is 280 milligrams per day, which is the equivalent of around two 8-ounce (240 mL) cups of coffee.  Up to 400 milligrams of caffeine daily is safe for the majority of healthy adults in their 20s and 30s, according to new research. Lower than this will not have an impact on blood sugar levels.

Caffeine use up to 400 mg per day is considered safe for most people, but those with diabetes may experience low or high blood sugar as a result of caffeine’s effect on insulin’s behavior.

Monitoring your blood glucose levels is all you can do to see how caffeine affects you. Consuming too many caffeinated beverages, such as diet soda and coffee and tea, may cause your blood sugar to fluctuate frequently, so consider decreasing back to see if your glucose control improves.

Coffee’s antioxidant qualities have been found to contribute to its health benefits. Type 2 diabetes risk is reduced, as is one of the advantages.

If your doctor already warned you from drinking caffeinated coffee, here are some great alternatives to start your day.

For those who have diabetes yet still crave their morning cup of coffee, decaffeinated coffee may be an option. Adding additional sweeteners, such as creamer, syrup, or honey, is also not recommended. Choose sugar-free options if you’re in the mood for something sweeter.

Another alternative is green tea, which has antioxidant molecules called catechins. These molecules may help modulate intestinal glucose uptake and provide metabolic advantages through polyphenols. Polyphenols contained in green tea have been shown to have anti-diabetic properties, including better glucose tolerance.

In fact, the waist circumference and systolic blood pressure of persons with Type 2 diabetes were significantly reduced when they consumed four cups of green tea a day for two months.